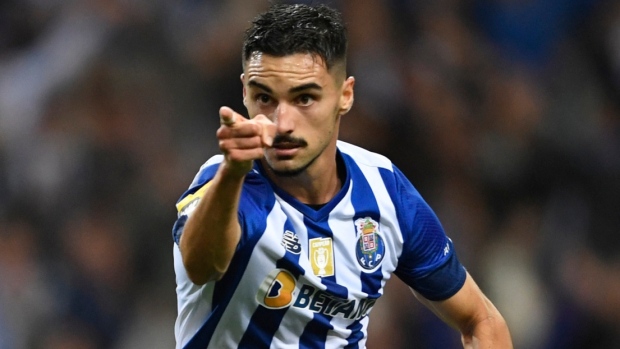 Stephen Eustáquio starred in a Porto victory, Jonathan David stayed hot while his team didn't, Tajon Buchanan found the net in his return to action and Atiba Hutchinson is one step closer to fitness. Here's a look at what Canadians did in Europe this past weekend.

Stephen Eustáquio, Porto - Porto managed to pick up points on all of their title rivals this weekend with a convincing win 4-1 against the previously undefeated Braga with Leamington, Ont.'s Stephen Eustáquio playing a starring role. The hosts opened the scoring in the 32nd, thanks in large part to Eustáquio. After Mehdi Taremi made a fine run into the area and took Braga 'keeper Matheus off of his line, the Iran forward dropped a pass back to Eustáquio just inside the area. Eustáquio then delivered a picture-perfect cross to the far post for the oncoming Evanilson to simply chest down into the open net for a 1-0 lead. Porto would pick up a second only minutes later through Eustáquio and some terrible play in the midfield. Near the centre of the pitch, Taremi pounced on a misplayed pass and then split the Braga defence with a fine through ball to Pepê (the Brazil U-23 winger and not Pepe, the legendary Portugal defender, who also plays for Porto and makes this not at all confusing). Pepe could have probably beaten Matheus with a left-footed strike, but instead squared a perfect pass for the trailing and unmarked Eustáquio, who hammered home to make it 2-0 in the 33rd. It was Eustáquio's first goal of the season and first ever in a Porto shirt. The visitors were handed a lifeline shortly after the restart. After Braga successfully repelled a Porto attack, the visitors broke the other way and came away with a goal when a pass near the goalmouth intended for Abel Ruiz was turned into his own net by Pepe (the defender) to make it 2-1 in the 55th. But before Braga could settle in and press for an equalizer, Porto restored their two-goal lead thanks to some fine work by the ever-dangerous Taremi. Latching onto a deflected pass in the area, Taremi put Vitor Tormena on skates before dishing to Pepê (the winger) to tap in to make it 3-1. Any hope for Braga to grab something from the game was effectively ended in the 84th when Matheus came well off his line and out of the area entirely where he took Taremi to the ground with a professional foul and was shown a straight red. Galeno added a fourth goal for Porto into stoppage as the match finished at 4-1 as Braga lost for the first time this season. The victory put Porto level on 19 points with Braga in second, three points adrift of leaders Benfica.

Atiba Hutchinson, Besiktas - Canada's captain was absent from the CanMNT's latest camp and two friendlies against Qatar and Uruguay last week, but a return appears to be on the horizon for Atiba Hutchinson as the World Cup nears. The 39-year-old Brampton, Ont. native returned to Besiktas training on Monday.

I want you to put the word out there that we back up. pic.twitter.com/Veq1EH3Nj6

Hutchinson's sister, Toyaa Hutchinson, posted a picture of Hutchinson in his Besiktas training gear on Monday with the caption "I want you to put the world out there that we back up," the famous Stringer Bell quote from The Wire. Hutchinson has not appeared this season for his club team, still working his way back from a bone bruise. TSN's Matt Scianitti reported last week that Canada medical staff were to visit Hutchinson in Turkey. With 97 appearances, Hutchinson is the most-capped player in CanMNT history. In the likely event that Hutchinson is a part of the Canada squad in Qatar, he could be the oldest outfield player in the tournament, born 18 days before Pepe (the Porto defender, not the Porto winger).

Jonathan David, Lille - Jonathan David kept up his torrid start to the Ligue 1 season, but Lille slumped to defeat at Lorient in a match that Paulo Fonseca's side really should have won. Things couldn't have started much worse for the visitors. After Julien Ponceau started a fine run down the right side, he found Stéphane Diarra inside the area and he tried his luck from a sharp angle. While Lucas Chevalier stopped parried away Diarra's shot, he did do it right into the path of Bafodé Diakité, who deflected it into his own net for a 1-0 Lorient lead in the ninth. In the closing minutes of the first half, Lorient 'keeper Yvon Mvogo made a fine save to deny an equalizer from David. Midway through the second half, Lille were handed the initiative. As Adam Ounas came down the right side, he was taken to ground by Dango Outtara, who was shown a second yellow and the hosts were reduced to 10 men in the 62nd. While the visitors would come close with David hitting a post in the 68th during a mad scramble at the Lorient net, Lille would finally make them pay in the 78th. Ounas started a bright move from midfield before playing in a perfectly timed ball for Jonathan Bamba, who found himself behind the Lorient backline and in alone on Mvogo. Instead of shooting, Bamba laid off for David, who tapped into the empty net to make things 1-1 in the 78th. It was David's sixth goal of the season with the Ottawa native now trailing league leaders Neymar and Kylian Mbappé, both of Paris Saint-Germain, by two goals. But Lille's joy was to be short-lived. Not only could they not find a winner, they would end up losing to the team on 10 men. In the 87th, indecision by Adim Zedadka on how he wanted to handle a long cross allowed Théo Le Bris to get a step on his marker. The substitute broke into the area and beat Chevalier from a tight angle to give Lorient a 2-1 win and the three points. Winners now of five straight, Lorient sits third in the table on 22 points, only three behind leaders PSG. The loss leaves Lille in eighth on 13 points.

Tajon Buchanan, Club Brugge - After making his return to the national side last week with a substitute appearance during Canada's 2-0 loss to Uruguay in Bratislava, Tajon Buchanan made his first appearance for Club Brugge on Saturday in a 3-0 victory over Mechelen where the Brampton, Ont. rounded out the scoring. Sidelined with a quad injury, Buchanan came on for his first action of the season in the 58th minute, subbing in for Jutglá. He got on the scoresheet in the 86th. After a give-and-go with Roman Yaremchuk, Noa Lang sent in an inviting cross to the far post where Buchanan headed home to make it 3-0 and give him his first league goal since May. After scoring against Qatar, fellow Brampton native Cyle Larin was not dressed for Club Brugge in the victory. The victory puts Club Brugge third in the table on 22 points, five back of leaders Antwerp who were shock 2-1 losers away to Kortrijk.