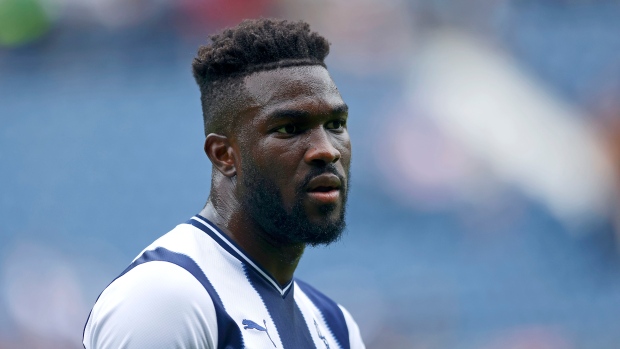 The 22-year-old striker missed West Brom's 1-1 draw with Watford on Monday in the second-tier Championship and West Brom manager Steve Bruce confirmed the American had picked up a thigh injury in training on Sunday.

“It’s a real frustration for us all, and the boy,” Bruce was quoted as saying by the Birmingham Mail. “He’s young, he’s 22, desperate to go to the World Cup with his nation, and he’s worked tirelessly to get right. (Sunday) he kicked a ball and has done something to his thigh which didn’t look very good."

Bruce did not give a timeline for Dike's return as the club was still assessing the injury. The World Cup starts on Nov. 21 in Qatar.

“We’re hoping it’s not too bad, but from my experience it’s bad enough the way he pulled up," Bruce said. “He kicked a ball, frustrating. He knew straightaway. He’s devastated, like all of us. We’re devastated for him because he’s really popular with the supporters because of the way he plays, and the way he is.”

Dike came off the bench to play 12 minutes in West Brom's 1-1 league opener this season at Middlesbrough.

He was also injured on his full debut in January, leaving the field with a hamstring injury early in the second half against Peterborough.