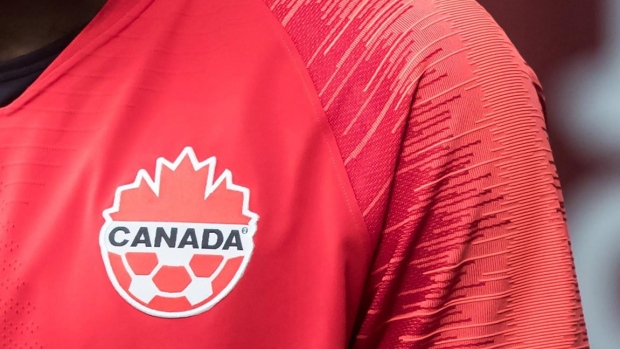 Ciara McCormack sometimes feels like she’s living in a George Orwell novel, where regimes hold on to power for its own sake and for no higher purpose.

The retired soccer player was the first to publicly accuse Bob Birarda, a former coach with the Canadian national program, of inappropriate conduct. She has been fighting to have players’ voices heard for 15 years.

But unlike Orwell’s 1984, McCormack is hopeful for a happy ending, and doesn’t feel alone in her fight.

“You can only solve problems if you understand them, and I think that that's what we're witnessing right now,” she told TSN. “I think that that is kind of what gives me hope, in the sense that I think people are understanding that the way that things are right now is not working, and they have to change.”

On July 28, McLaren Global Sport Solutions released a 125-page report that found that Canada Soccer “mishandled” sexual harassment allegations against Birarda in 2008. Birarda was the head coach of both Canada’s women’s under-20 team and the Vancouver Whitecaps women’s team.

The McLaren report was commissioned by Canada Soccer after the Canadian women’s team demanded an investigation into the allegations against Birarda last fall.

The review states that there was a lack of oversight for the women’s under-20 team, paving the way for Birarda to abuse “his position of power to groom, intimidate, threaten and sexually harass certain players.”

He is currently awaiting sentencing in B.C. Provincial Court after pleading guilty to three counts of sexual assault and one charge of sexual touching. The incidents stem from 1989 to 2008, and the four women involved were teenagers at the time of the offences, playing on soccer team teams where Birarda was a coach.

McCormack first brought attention to Birarda’s alleged behaviour in a 2019 blog post, and said she did feel validated to see the McLaren report.

“It did make me feel sick, reading and having it confirmed what we knew was so egregious about everything. It's just like an added layer of transparency to what happened, and I think that in and of itself feels like a victory,” she said.

Carey Gustafson, a former Whitecaps player who was coached by Birarda, says she appreciates the extensiveness of the McLaren report, but takes issue with the use of the word “mishandled.”

“For me, that was an injustice to the extension of the findings in the McLaren report,” she told TSN. “I don't think it even touches the scope of the trouble within the findings of that report.”

Earl Cochrane, Canada Soccer general secretary, said in a statement that the federation unequivocally apologizes “for the Safe Sport challenges within our sport in 2008 and for letting participants down.”

Cochrane also said that Canada Soccer accepts the finding of the McLaren report and is committed to taking necessary steps to become “the national and international leaders of Safe Sport,” including engaging the services of ITP Sport and Recreation, a Canadian consulting agency for Safe Sport.

“I appreciate the apology. I'm sure the players appreciate that they have finally apologized for the mishandling, so to speak,” Gustafson said. “I do think the general secretary is going to make sure that the independent investigation team, along with ITP, are going to move forward and put even more safeguards in place than they have had in the past.”

“They didn't voluntarily do this investigation out of the goodness of their heart. They had their backs up against the wall by the [women’s] national team. None of this was because they wanted to do the right thing… They've behaved so egregiously from start to finish with this.”

McCormack would also like to see more accountability from individuals who are no longer directly associated with Canada Soccer, such as Victor Montagliani, who was the chair of the National Teams Committee for the federation in 2008 and served as vice president from 2005 to 2012. Montagliani is currently the president of CONCACAF and a FIFA vice president.

When Birarda was let go by both Canada Soccer (CSA) and the Whitecaps in 2008, CSA described the decision as a mutual parting of ways. The McLaren report outlined that Montagliani was the one to address the situation with select under-20 players on behalf of Canada Soccer, and while he was one of the individuals who voted to terminate Birarda (according to a CONCACAF spokesperson), he never acknowledged Birarda’s harassment when he spoke to the players. The McLaren report found that his and Birarda’s statements were “self-serving on behalf of the CSA and Birarda.”

“It has to change. I keep speaking up because I just think that we have to change the culture and there has to be accountability, and you cannot have people like that leading,” McCormack said.

Despite some misgivings, both McCormack and Gustafson view the McLaren report as a step up from the investigation done by Sport Law & Strategy Group three years ago.

The Toronto-based firm was retained by the Vancouver Whitecaps following McCormack’s blog in 2019, but its 32-page report concluded that the team was “not attempting to ‘cover up’ the incidents.” The scope of the investigation did not include Canada Soccer’s involvement.

“Ultimately now, with everything that's come out, I think it’s very much hurt the brand of Sport Law,” McCormack said.

McCormack opted not to participate in the McLaren investigation, but the report did cite her blog post numerous times.

“I think in these situations, the victims are not considered at all. It’s obviously re-traumatizing to have to go through an entire story again,” she said. “I feel like I've spoken enough about this that I didn't need to sit down for another two hours talking about the same thing that I've been talking about for the last 15 years.”

McCormack is also not taking part in the investigation being conducted by Rubin Thomlinson LLP after the firm was retained by Major League Soccer last fall. McCormack and other former players had previously released a statement through the Professional Footballers Association Canada (PFACan), a union for Canadian soccer players, asking for a joint investigation between Canada Soccer and MLS.

PFACan tweeted that MLS and the Whitecaps agreed to their request, but Canada Soccer did not consult with them and ultimately opted for a separate investigation.

McCormack was also troubled by a lack of transparency from the MLS investigation. She said a lawyer representing her and several other players responded to the independent investigator to clarify if there was going to be attorney-client privilege for MLS, and the investigator did not answer the question.

“The response from our lawyer was that it was pretty unethical to be approaching victims of abuse and be posing as an independent investigator when there was that attorney-client privilege,” she said.

The McLaren report comes at a time when another Canadian sports governing body has also been thrust into the spotlight. Hockey Canada has come under fire for its handling of multiple sexual assault allegations, including using registration fees to pay settlements.

“I do think it's a reckoning, and I think it's only going to get better going forward,” Gustafson said. “There's nowhere to hide anymore, which is good…. There's a lack of education as to what is appropriate and what is not in sport. And I do think that this report will put the spotlight on making sure that those guidelines and Safe Sport rules are put in place.”

McCormack believes one of the biggest positives to take from the Hockey Canada situation is that the story has caught the public’s attention.

“There's been parts of this whole ordeal that we've been fighting on our own, and I think that there's something just even psychologically healthy about when you're connecting with other people in all different components of this,” she said.

“That's a huge thing that I think, personally, gives me hope that that we're starting to get momentum to change this, because, unfortunately to this point, I think there's been too many people invested in keeping a broken system the same.”

Portions of the content were updated on Monday evening.