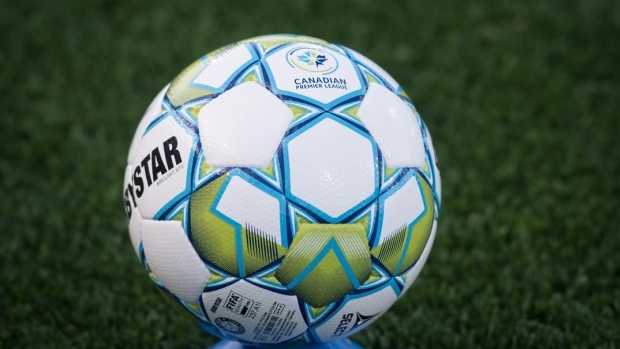 TORONTO — York United FC and Pacific have swapped midfielders, with Cedric Toussaint headed to Pacific and Matthew Baldisimo to York.

Baldisimo, in the last year of his contract, comes east on a loan deal that covers the remainder of the Canadian Premier League season. Toussaint's move to Pacific is permanent, with a contract running through 2024.

Toussaint, 20, joined York in November 2020 from the CF Montreal academy. The native of Drummondville, Que., made 43 appearances for York in all competitions in 2021 and 2022.

"Agreeing to Cedric's transfer is probably one of the toughest moves we’ve made as a club," York president and GM Angus McNab said in a statement.

"Pacific have a need and they put together a very attractive offer that means we retain some incentives should Cedric succeed at Starlight Stadium and be sold, while it also freed up some cap space for us to make other moves," he added.

In moving Toussaint, York get some salary cap space which comes in handy given the signing of former Forge and Toronto FC forward Mo Babouli this week. It also retains a sell-on percentage should Toussaint be moved.

“We look forward to adding him to our group and expect him to work straight into the team,” he added.

The 24-year-old Baldisimo has spent four seasons with Pacific, making 56 appearances in all competitions since 2019.

“Baldi was one of our first signings and he’s been an integral part of the building process of our club and was part of our championship team,” Merriman said in a statement.

Baldisimo joined Pacific after a stint with the Vancouver Whitecaps academy and two USL seasons with Whitecaps FC 2. In 2018, he played for Fresno FC in the USL.

"Matthew is a player we really like and the opportunity for him to join us on loan was a fantastic one," McNab said. "We have been really open with him and his representatives. We all know he’s a free agent at the end of the season so it gives both him and us the opportunity to see how this could fit and be mutually beneficial."

This report by The Canadian Press was first published Aug. 11, 2022.