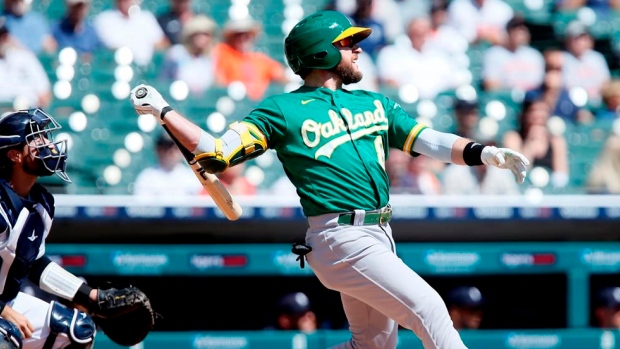 The Oakland Athletics have designated veteran infielder Jed Lowrie for assignment, it was announced Wednesday.

Lowrie has played nearly 900 games with the A's over three separate stints but struggled mightily in 50 games this year, slashing .180/.245/.263 with only three home runs and 16 RBI.

He was selected in the first round of the 2005 MLB Draft by the Red Sox and spent his first four seasons there before moving onto the Houston Astros. Lowrie then arrived with the A's in 2013, went back to the Astros in 2015 and then returned to Oakland the season after. He spent the 2019 season with the New York Mets and then returned to Oakland for the previous two seasons.

A native of Salem, Ore., Lowrie is a career .257 hitter over parts of 14 big league seasons.