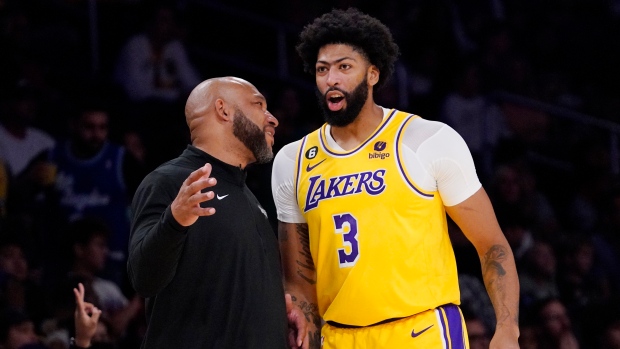 The Los Angeles Lakers are holding forward Anthony Davis out of their preseason game against the Phoenix Suns due to lower back tightness, it was announced.

The team says the move is precautionary.

Davis struggled with knee and ankle injuries last year, appearing in only 40 games. Playing in his third season with the Lakers since coming over in a blockbuster trade with the New Orleans Pelicans, Davis averaged 23.2 points and 9.9 rebounds a night.

The Lakers will open their regular season slate against the Golden State Warriors on Oct. 18.