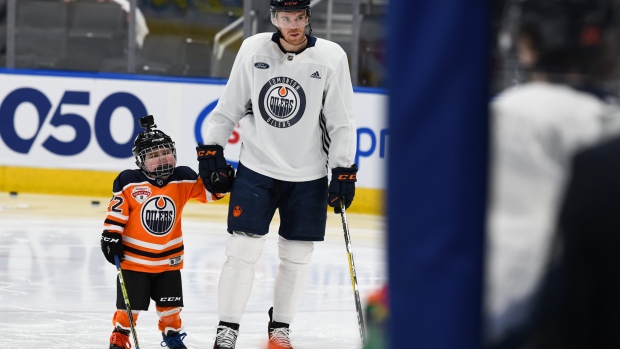 EDMONTON — The Edmonton Oilers say they are mourning the death of Ben Stelter, a six-year-old boy with cancer whom the team rallied around during their run to the Western Conference final.

Ben Stelter was diagnosed with glioblastoma, a form of brain cancer, before his fifth birthday.

He became a visible part of the Oilers' playoff run, attending several games. The Oilers went on a 10-game home winning streak at one point with Stelter in attendance.

"We are mourning the passing of our dear friend, number one Oilers fan, good luck charm and inspiration, Ben Stelter," the Oilers said Wednesday in a statement.

"Although small in stature, Ben's impact on our team and community was massive."

This report by The Canadian Press was first published Aug. 10, 2022.