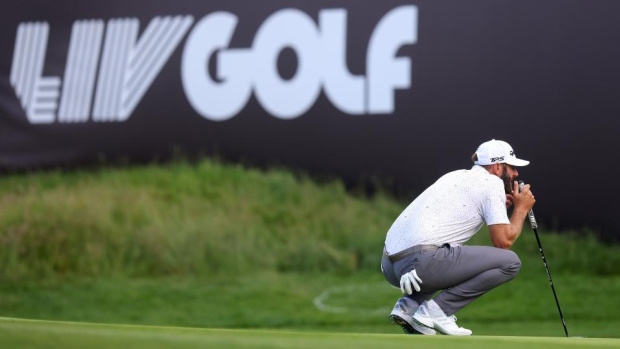 LIV Golf’s 2023 schedule has been released and there will be no tournaments in Canada.

The circuit announced a 14-event tour starting Feb. 24-26 in Playa del Carmen, Mexico and wrapping up Nov. 3-5 in Jeddah, Saudi Arabia. Eight of the sites will be in the United States with stops in Australia, Singapore, and England.

The last event on the calendar will be a team championship, which was played last year at Doral in Miami.

Early on in its existence, LIV Golf had been looking to hold a tournament in Canada. It was targeting locations in the Greater Toronto Area for a possible site, and at one time had an agreement with The Pulpit Club in Caledon Village, Ont., for a stop last year. That agreement was later abandoned.

A number of other sites were scouted to varying degrees, including Glen Abbey Golf Club in Oakville, Ont., site of 30 Canadian Open championships, as well as Eagles Nest Golf Club in Maple, Ont., and Goodwood Golf Club in Cedar Valley, Ont.

Golf does not have a tournament on the same dates (June 8-11) as the RBC Canadian Open this year. In 2022, the Saudi-backed circuit held its inaugural event up against the Canadian national championship.

The schedule release comes as LIV Golf got word that its bid to earn Official World Golf Ranking (OWGR) points will be decided by a committee made of representatives of the four major championships: Augusta National Golf Club, the United States Golf Association, the R&A, and the PGA of America.

Previously the OWGR committee included PGA Tour commissioner Jay Monahan, Keith Pelley, the head of the DP World Tour and Keith Waters, also from the DP World Tour. According to The Telegraph, all stepped aside from the decision-making process.

“At the last OWGR board meeting [in December] myself, Jay Monahan and Keith Waters recused ourselves and now a separate committee made up of the four Majors will now determine the application,” said Pelley in The Telegraph.

LIV Golf’s format of 54-hole events with no cut go against the OWGR rules as they currently exist.

Players who left for LIV Golf have seen their positions on the OWGR drop precipitously. Dustin Johnson, for example, was ranked 12th after his last PGA Tour stop, the AT&T Byron Nelson. He has fallen to 44th. There are currently just five LIV Golf players inside the top 50.

The points are important as they remain one of the few ways players can qualify for the four major championships.