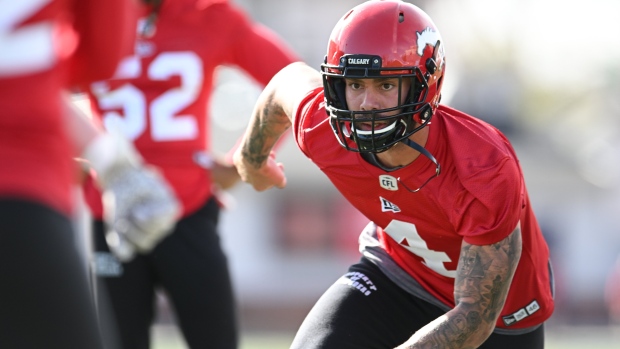 The Calgary Stampeders have re-signed Canadian linebacker Cameron Judge to a two-year contract, the team announced on Thursday.

Judge, 28, was traded to the Stampeders on February 4, 2022, a week before his contract with the Toronto Argonauts expired. He signed a one-year deal with the Stampeders, and was the team's nominee for Most Outstanding Canadian this season after racking up a team-leading 78 tackles, two defensive touchdowns and a CFL-leading five fumble recoveries.

The Montreal, Quebec native was originally drafted second overall by the Saskatchewan Roughriders in the 2017 CFL Draft after a successful run at UCLA. He played for the Argos for one season before joining the Stampeders.

“I’m excited to be back,” said Judge. “I really enjoyed my first year in Calgary and I think that the team used me to the best of my abilities. I liked playing for all the coaches and I’m looking forward to getting back to work and getting after a championship.”

In 64 career CFL games played, Judge has produced 193 tackles, 12 sacks, four interceptions and five fumble recoveries. He earned the Most Outstanding Canadian honours for the Saskatchewan Roughriders in the 2019 season, and was a finalist for the award CFL-wide that year.