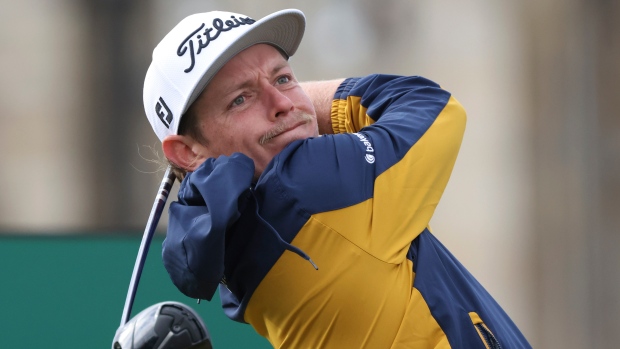 Cameron Smith is the latest high-profile defector to LIV Golf.

The Telegraph's Tom Morgan and James Corrigan report the Open winner has signed a $100 million-plus deal with the upstart tour.

Smith, the current World No. 2, is expected to make his LIV debut at the International in Boston beginning on Sept. 2.

When asked about a potential move after the Open, Smith didn't reject the idea.

"My team around me worries about all that stuff," Smith said last month. "I'm here to win golf tournaments."

A 28-year-old native of Brisbane, Smith began his professional career in 2013. He owns six PGA Tour wins with the most recent coming at The Players Championship in March.

A formal announcement is not expected until the conclusion of the FedEx Cup.

Fellow Australian golfer Cameron Percy seemingly confirmed the defections of both Smith and Marc Leishman to Australian outlet RSN in an interview on Monday. He slightly couched his remark later, explaining to Australian Golf Digest that it's nothing he knew as fact.

“Look, I was just conveying what was said in the locker room during the many rain delays we’ve had on tour the past few weeks," Percy said.