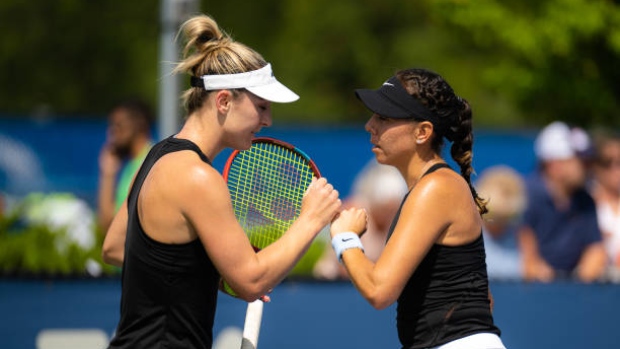 TOKYO — Canada's Gabriela Dabrowski and her Mexican teammate Giuliana Olmos took the women's doubles crown in the Pan Pacific Open with a straight sets victory over Ellen Perez of Australia and Nicole Melichar-Martinez of the U.S.

Ottawa's Dabrowski and Olmos, the No. 2 seeds in the tournament, won 6-4, 6-4 over their fourth-seeded opponents.

Dabrowski and Olmos didn't drop a set en route to the title.

Dabrowski, 30, claimed the 13th doubles win of her career and her second with Olmos this season.

The pair also won in Madrid in May. Dabrowski and Olmos reached the U.S. open quarterfinals earlier this month.

Dabrowski is riding an eight-match win streak in doubles after teaming with Luisa Stefani of Brazil to win the Chennai Open in India last week.

The Canadian improved her world ranking in women's doubles to No. 8.

This report by The Canadian Press was first published Sept. 25, 2022.