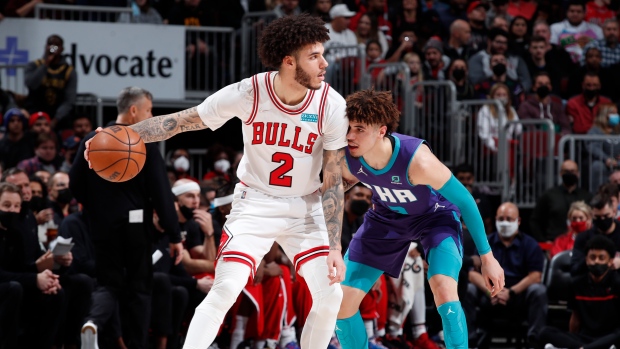 The Chicago Bulls expect Lonzo Ball to play at some point this season, The Athletic's Shams Charania reports.

Ball, 24, underwent left knee surgery on Wednesday and is still expected to miss months of action.

Sources: There is confidence in Bulls guard Lonzo Ball's ability to return this season following left knee surgery on Wednesday that doctors believe addressed the issue. Ball is expected to miss at least a few months.

Acquired last summer in a sign-and-trade with the New Orleans Pelicans, Ball is entering the second season of a four-year, $80 million deal.

The UCLA product was limited to just 35 games last season due to knee discomfort and was shut down for the season in April, missing the playoffs.

Originally taken with the second overall pick of the 2017 NBA Draft, Ball has appeared in 252 career games with the Los Angeles Lakers, Pelicans and Bulls.