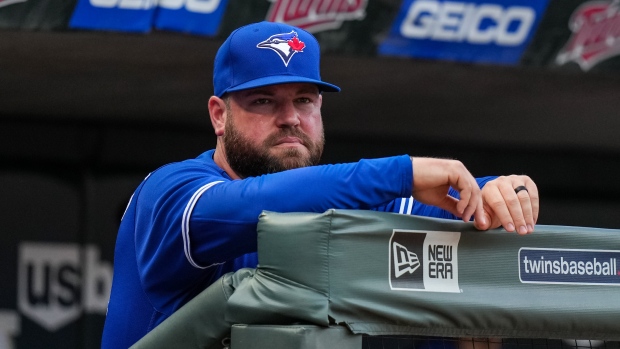 TORONTO — Three months into the job as interim manager of the Toronto Blue Jays and John Schneider appears to have settled into the job quite nicely.

Winning games out of the gate helped with the transition. Earning a playoff berth didn't hurt either.

It has all been part of Schneider's long journey with the organization that drafted him in 2002.

"I try to take a step back every now and then and realize how fortunate I am and (that) basically I couldn't ask for a better group to work with," Schneider said. "There's a lot of stuff going on. A lot of challenges and a lot of ups and downs. But I love meeting them head on."

The 42-year-old native of Princeton, N.J., was promoted from bench coach when Charlie Montoyo was fired in July.

The Blue Jays won 13 of 16 games after the change. A mid-month slump led to a middling record in August but an 18-10 September surge essentially sealed a post-season spot.

Toronto will meet the Seattle Mariners in the American League wild-card round. The series will lead off Friday with all three games at Rogers Centre.

"We trust him," general manager Ross Atkins said in a recent media availability. "We trust his work and we trust his process. We're grateful that he has the confidence to trust his instincts as well."

Atkins added that Schneider has been "exceptionally prepared" and has handled the highs and lows of the second half nicely.

Schneider was named interim manager through the end of the 2022 campaign. With the club focused on the playoffs, the unveiling of plans for 2023 will likely wait until the off-season.

"He's certainly a long-term fit," Atkins said. "We'll continue to work through that and feel good about his leadership to date.

"Whether or not that ends up being the manager is not our focus — not because we don't have the utmost respect for the job that he's done and is doing - but more (because) all of our energy is being deployed towards winning."

Schneider put his own subtle stamps on the team from the start.

Players were more aggressive on the basepaths. There was some batting order and bullpen experimentation. Closer Jordan Romano came on in the eighth inning more often.

Schneider also hasn't been afraid to call out his players publicly when needed.

When Vladimir Guerrero Jr., was thrown out after not hustling on the basepaths in a game last month, Schneider said he "flat out needs to run harder," calling the effort "inexcusable."

They later talked about it and Guerrero took ownership for the gaffe.

Schneider first took on a minor-league coaching role in 2008 and later managed at a variety of levels, most recently in 2018 when he led Double-A New Hampshire to an Eastern League title.

Even though the upcoming playoffs are top of mind, Schneider admits he does occasionally think about what his long-term future might hold.

"Over the last couple months (I've) kind of learned to embrace the good and bad part of the job," he said in a recent availability. "I've come to realize that I absolutely love it.

"I couldn't think of a better place to be."