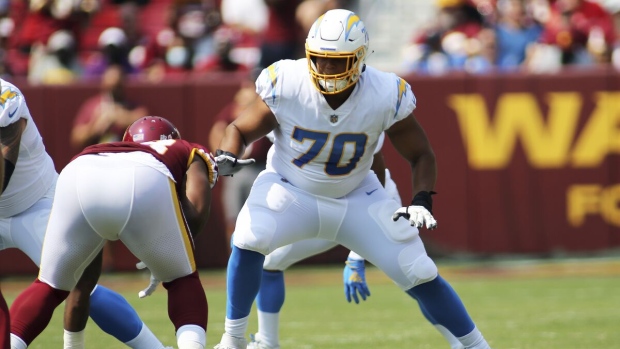 The injury to the 23-year-old Slater appeared to occur during the Chargers' first possession of the second half of Sunday's 38-10 loss to the Jacksonville Jaguars.

#Chargers LT Rashawn Slater suffered a ruptured biceps tendon in Sunday’s loss to the #Jaguars and is expected to miss the rest of the 2022 season, per source.

The team is also dealing with a rib injury to quarterback Justin Herbert and a groin injury to EDGE Joey Bosa that also forced him to leave Sunday's game early.

Slater was the 13th overall selection out of Northwestern in 2021 and received a Pro Bowl nod in his first season.

The Sugar Land, TX native has started 19 games for the Chargers, including the first three of this season.