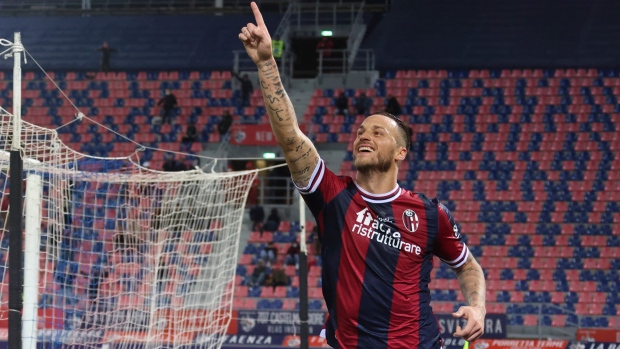 Marko Arnautovic won't be joining Manchester United after all

BBC Sport reports the team has pulled out of moving for the Austria striker due to a mix of fan backlash and Bologna's valuation of the 33-year-old former West Ham man.

ESPN's Rob Dawson notes that much of the fan discontent was over Arnautovic's use of racist language during a Euro 2020 game against North Macedonia. Arnautovic was suspended one game by UEFA and since apologized, insisting that he's not racist.

United manager Erik ten Hag had previously worked with the player at Dutch side Twente. Arnautovic spent six seasons in the Premier League from 2013 to 2019 with Stoke City and Hammers, scoring 43 goals in 184 appearances.

The Red Devils fell 2-1 to Brighton in their Premier League opener at Old Trafford with Christian Eriksen operating as a false No. 9 with Cristiano Ronaldo not considered fully match fit and Anthony Martial missing out with injury.

Dawson reports the club have been offered former Chelsea and Spain striker Alvaro Morata by Atletico.

The team is also believed to be moving closer to a transfer of France midfielder Adrien Rabiot from Juventus.

United returns to action on Saturday away to Brentford.