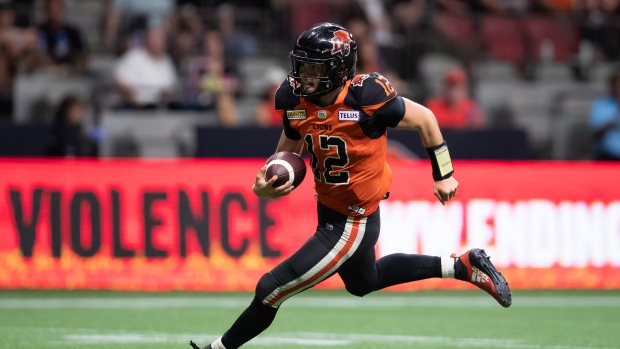 The BC Lions duo of Nathan Rourke and Dominique Rhymes and Calgary Stampeders defensive back Titus Wall have been named CFL Top Performers for Week 9.

Rourke set a new Canadian single-game passing record of 477 yards in the Lions' 46-14 win over the Edmonton Elks on Saturday. The 24-year-old completed 34-of-37 passes, setting a new CFL record with a 91.2 completion percentage, while tossing five touchdowns. He also added his fifth rushing touchdown of the season. It is Rourke's fourth Top Performer of the Week honour (1, 3, 8) this season.

Rhymes caught nine passes for 91 yards and three touchdowns, all of which came in the first half. The 26-year-old has now set a career-best with eight total touchdowns on the season. He leads the team with 582 receiving yards and is second in receptions with 38.