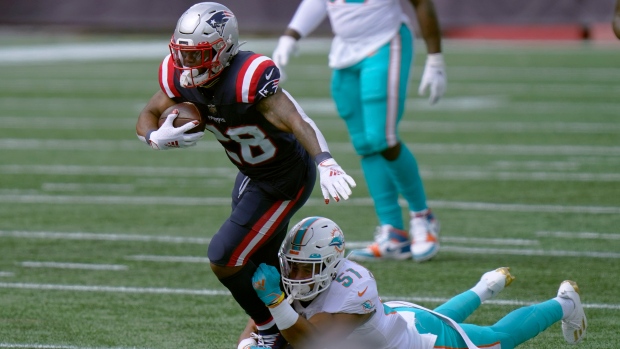 The 30-year-old running back spent the entirety of his seven-year career with the New England Patriots.

New England will be in my heart forever. Thank you for unwavering support over the years. I am forever grateful.

This chapter has been one that I will cherish. I look forward to what is next. pic.twitter.com/8qd0FbA0tW

"To my teammates, thank you for pushing me to be a better person and player," White wrote. "I truly value and appreciate the lifelong relationships I’ve built along the way. It’s these relationships that have helped shape me to be the man that I am."

A native of Fort Lauderdale, FL, White was originally a fourth-round selection in the 2014 NFL Draft out of Wisconsin.

White saved his biggest games for the Super Bowl, where he holds a host of records including most receptions in a game (14), most receiving yards by a running back (110) and most points scored in a game (20).