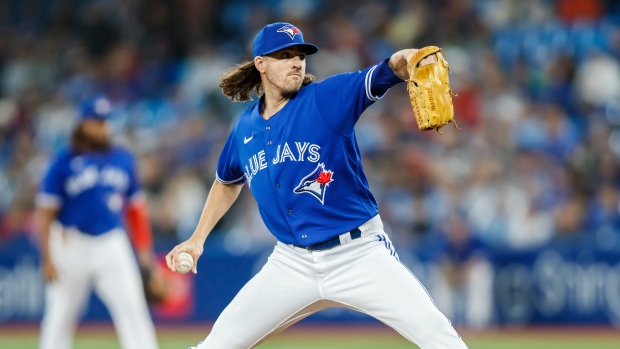 BALTIMORE — Well aware of the possibilities for more than a week now, the Toronto Blue Jays had already been prepping for the Seattle Mariners when it became official that the west coast club would be their wild-card series foe.

There’s really no secret what got the Mariners here.

Aided by young superstar Julio Rodriguez and a diverse lineup that blends power with some speed, the backbone of the M’s is their deep bullpen and trio of frontline starters.

“Very talented, very young, very similar to the club we have,” right-hander Kevin Gausman said Wednesday morning as the Jays were getting ready to finish out the regular-season schedule with a meaningless doubleheader at Camden Yards. “A lot of young talent and prospects who have come up through that organization and also a lot of guys who are new to that organization in the last year. A deep, talented team. We’re going to need to play good baseball to win the series.”

In Game 1 on Friday, the Mariners will send right-hander Luis Castillo and his 2.99 ERA to the mound to face Alek Manoah and his sparkling 2.24 mark.

The rest of the rotation is currently undecided on both sides, but the expectation is a Gausman versus Robbie Ray pitching duel in Game 2, pitting last year’s nine-figure free-agent signings against each other on the biggest stage.

With the Jays sporting a 21-11 record since the start of September — not including Wednesday’s Game 162 finale — they head into the postseason playing some of their best and most consistent baseball of the season.

“Obviously, we’ve played them two different times this year and they got the better of us, but I think we match up really well,” Jays pitching coach Pete Walker said. “They’ve got good starting pitching and they’ve got guys who can hit the ball out of the ballpark, so we know we’ve got to play well, but I think the way it lines up for us with our starters and the way our bullpen’s throwing and the way our bats are going I feel really good about the series.”

Interim manager John Schneider, who’s had the Jays playing well above .600 baseball since taking over for Charlie Montoyo in July, views things similarly.

“Really good pitching, obviously, with their starters and their bullpen and kind of a unique blend of power and speed in their lineup, but looking forward to playing them,” Schneider said. “I think when we played them we were not going great, and compared to right now I think it’s a good matchup for a variety of different reasons.”

Schneider believes the Jays are a completely different team than the one the Mariners beat 5-2 in the season series.

“They have a good team, but I think what I remember is we were not playing our best baseball, and I think we are right now,” Schneider said.

Having homefield advantage doesn’t hurt, either.

Knowing the fine line that separates these postseason teams this time of year, the Jays prioritized the top wild-card spot and were able to clamp that down this week without much trouble.

The Jays, like just about every team, were better at home than away from Rogers Centre this year, winning at a .580 clip at the Dome.

Not only will the comfortable surroundings help the home side but forcing the M’s to fly across the country for a pair of 4:07 p.m. first pitches to start the series is not an ideal scenario.

Gausman sat and watched his Orioles lose the 2016 one-and-done wild-card game in Toronto, and he feels the atmosphere is going to play some sort of role, even if it’s tough to quantify.

“I think it means that in those make-or-break situations that you get in, especially in the postseason, everything is going to be heightened and the pressure is going to be more on them than it is on us because we’re going to have 50,000 on our side,” said Gausman, who noted that the finger laceration he suffered in his last start is a “non-issue” now and he’s ready to go. “They’re going to feel that and they’re going to be in our town, right? Everywhere they go they’re going to be reminded that everybody’s against them. I know what it’s like [at Rogers Centre in the playoffs] and it’s intimidating.

“I’m glad that it’s three games now and not just one because, man, that was stressful. To sit there and just have to watch and not have any part in it was tough.”

Markham, Ont., native Jordan Romano, who finishes his first full season as a closer with a 2.11 ERA and 36 saves, believes the matchup has the makings of an entertaining series.

“They’re a good team, but I think if we play our baseball we can win those games,” Romano said. “It’s exciting. I’m glad we’re at home to give the city something to watch.”