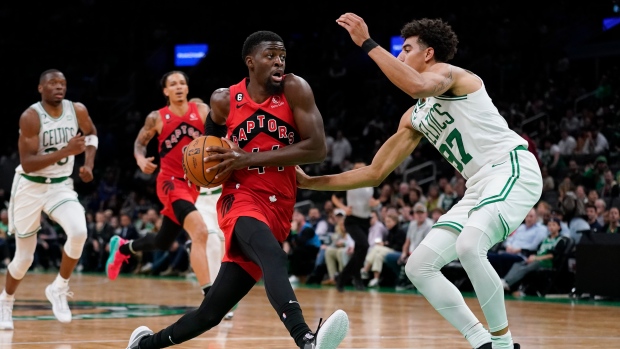 Pascal Siakam and Precious Achiuwa scored 13 points apiece and the Toronto Raptors used a fourth-quarter rally and an early burst in overtime to beat the Boston Celtics 125-119 on Wednesday.

Josh Jackson also had 13 points for the Raptors. Siakam recorded six rebounds and Achiuwa seven boards as the Raptors improved to 2-0 in the preseason.

Jaylen Brown led the Celtics with 23 points and Sam Hauser had 22, connecting on 8 of 12 shots, including 5 of 8 from outside the arc.

Jayson Tatum finished with 18 points and 10 rebounds for Boston, now 1-1 in the preseason.

The teams were tied at 110 at the end of regulation after Jeff Dowtin (10 points) converted a nine-footer for the Raptors.

Pritchard’s 18-footer was off the mark as time in regulation ran out, sending the game to the extra period.

The Raptors outscored the Celtics 11-4 to open overtime and never relinquished the lead.