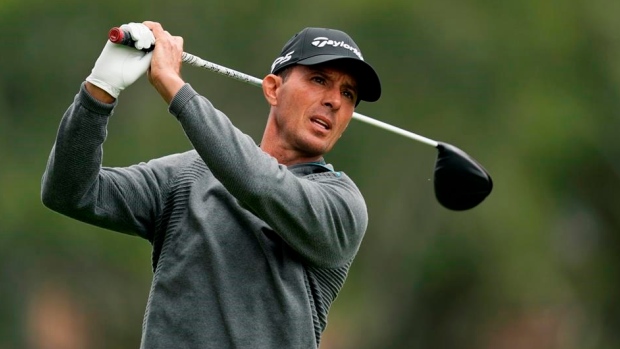 MONTREAL - Somehow, you knew they were going to work a hockey angle into a golf announcement. After all, this is Canada.

With centre ice at the Bell Centre as a backdrop, Mike Weir was named as the captain for the International Team at the 2024 Presidents Cup. The event will be played at the Royal Montreal Golf Club, where, in 2007 Weir knocked off Tiger Woods in singles matches, the major highlight for the losing International side.

The announcement had all the shock of a six-inch putt. When Royal Montreal was announced as host site, Weir was penned in as captain. But it still came with some emotion from the eight-time PGA Tour winner.

Perhaps there was some intent on bringing Weir to the home rink of the winningest team in NHL history. Maybe the PGA Tour was hoping there would be some mojo from the banners of the likes of Maurice Richard, Jean Beliveau and Guy Lafleur hanging from the rafters that would seep into the new captain that he could pass on his squad.

Although he’s a diehard Detroit Red Wings fan, Weir went so far as to slip on a Canadiens jersey at Tuesday night’s game long enough to show he’s not afraid to look far and wide for an edge.

The Internationals could use one. They have struggled through the history of this event, logging just a single win and a tie in 14 editions.

In three of the past four events, the rest-of-the-world side has at the very least been competitive. That’s been in no small part due to the work of Ernie Els and Trevor Immelman in building a team identity that has brought the 12 players and supporting cast together. Weir will now attempt to continue and build on that.

“I think the camaraderie amongst the guys is at an all-time high,” said Weir. “I remember at my first one, I got paired with Retief Goosen. I had no idea who he was because he played on the European Tour. Now we’re trying to create a culture where the guys play practice rounds together, where they want to play together, where they’re becoming friends. I think that’s super important for our guys.”

Assembling his team will be a fluid exercise. Last year the team was rocked by the departures of players such as Cam Smith and Juaquin Niemann, who left for LIV Golf, making them ineligible. On the positive side, Tom Kim was not on the team’s radar before the middle of last summer when he got on a hot streak and was selected. He proved to be the International Team’s brightest star.

“The game has so much turnover now and it’s a lot quicker,” said Weir. “The players rise up and fall back fast because there’s so much talent and we are going to keep our eyes open.”

Weir hopes his career can provide somewhat of a path for the 12 players who will eventually wear the black and gold colours of the International Team. Although he was blessed with some natural talent, he succeeded through grit, determination, and hard work. Those are qualities he wants from his team.

The 52-year-old from Brights Grove, Ont., plans to continue his own playing career on PGA Tour Champions, but he will likely decrease the number of events he plays from an average of about 20 to 15 to spend more time watching the potential players on the PGA Tour.

“I’m still a golf nut, I still love the game and to compete but for the next two years the Presidents Cup is my No. 1 priority,” he said. “I will put my golf game aside if need be. I want these guys to succeed.”

The captain’s role is a lot more involved than it was in the early days of the competition. Weir said that when he played in 2000, Australian great Peter Thomson was the captain, and he took veteran players Greg Norman and Els into a back room a day before the opening round and decided who was going to play together.

These days, the captain’s picks and the pairings are determined well in advance and in large part through the use of analytics. The final make-up of the team will also play a role in how the course is groomed, with it altered to play to the International team’s strengths.

All of this will be led by Weir, who has just under two years to wait before the first tee shot. That will mean a lot of questions about the cup, about the International Team, and about whether they can finally come out on top. All of that will be worth it, Weir said.

“If we were to win and get this thing done, it would be right up there with the Masters, maybe even more so because it’s in Canada,” said Weir, ranking his career achievements.

And if he did win, he’d do something that has happened so many times in Montreal – he’d raise the cup, albeit on the grass rather than the ice.