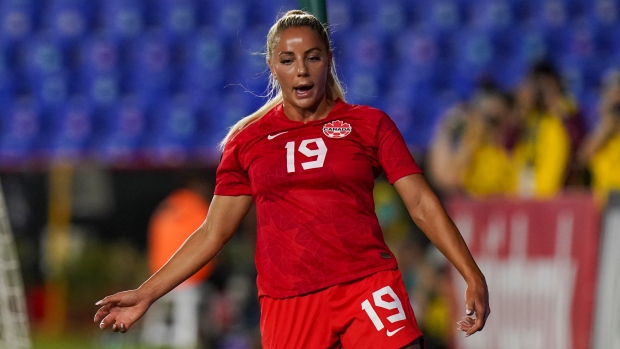 Leon, 30, is in her first season with the Red Devils after a move from West Ham. The Mississauga, Ont. native scored all three of Canada's goals in two friendlies against Australia - a 1-0 win in Brisbane and a 2-1 victory in Sydney - last month.

Leon and Canada will next be in action later this week with friendlies against Argentina (Oct. 6) and Morocco (Oct. 10).

Eustáquio, 25, is in his first full season at Porto after making his loan move permanent. He had a goal and set up another in Porto's 4-1 win over the previously undefeated Braga last Friday. The Leamington, Ont. native appeared in both of Canada's European friendlies last month - a 2-0 win over Qatar and a 2-0 loss to Uruguay.

Canada's final match ahead of the World Cup will be in Qatar against Japan on Nov. 17.