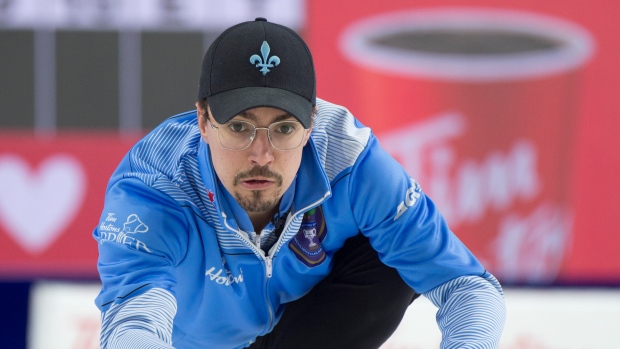 PRINCE ALBERT, Sask. — Felix Asselin of the Glenmore Curling Club had the night off at the Canadian Mixed Curling Championship after posting two decisive victories earlier in the day Monday.

The Quebec skip, with third Laurie St-George, second Emile Asselin and lead Emily Riley, defeated Alberta 10-3 in Monday's morning draw at the Prince Albert Golf and Curling Centre, then rocked Saskatchewan 8-2 in the afternoon draw to improve to 3-0 after five draws. Their next game is a Wednesday nooner against the B.C. crew skipped by Miles Craig of the Victoria and Duncan Curling Club.

Against Alberta, Asselin counted one in the first end, stole two in the second and four in the third then coasted to a seven-end victory against the Morgan Muise team from the Calgary and Cochrane Curling Club.

Against Saskatchewan, Assel scored twice in the first end, stole one in the second, surrendered one in the third and scored three in the fourth to take full control over the Shaun Meachem team from Swift Current Curling Club.

There are three draws scheduled for Tuesday. The event runs until Saturday.

This report by The Canadian Press was first published Nov. 7, 2022.