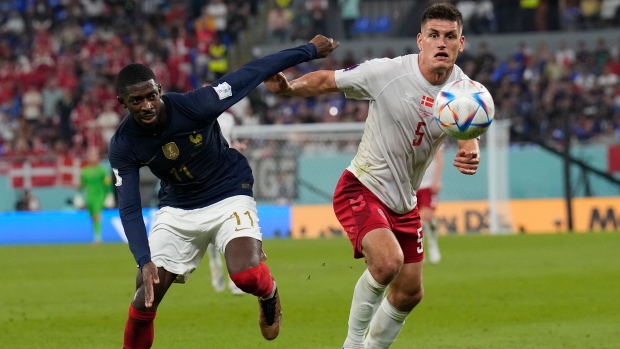 France and Demark remain scoreless after the first half of their Group D match at the 2022 FIFA World Cup.

Play was even with the possession battle with Denmark in possession 51 per cent of the first half.

France's best chance did not result in a shot where forward Kylian Mbappe was almost in alone but was taken down by Demark defender Andreas Christensen for a yellow card to stop the chance.

A France victory will get them out of the group stage and solidify their spot in the Round of 16.