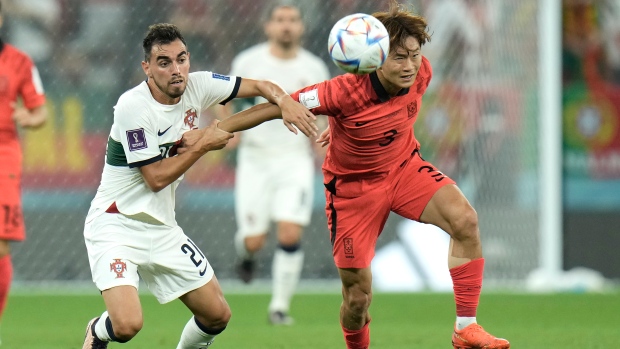 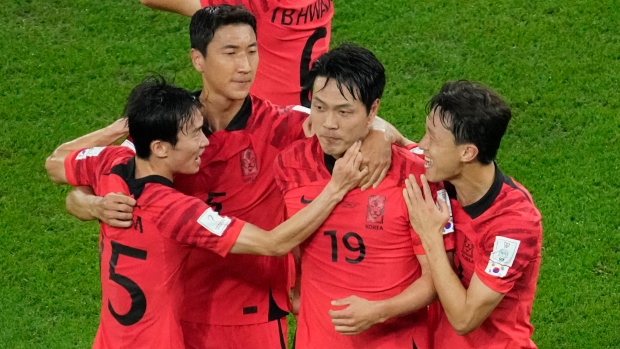 Korea Republic and Portugal are in a 1-1 draw at halftime in their final group play match at the 2022 FIFA World Cup.

Portugal have already clinched their spot in the knockout stage but will win the group should they win or draw against Korea Republic.

Korea Republic must defeat Portugal in order to have a chance at the knockout stage through tiebreakers with Uruguay or Ghana. A loss will eliminate them form the competition.

Portugal got on the board in the fifth minute when Ricardo Horta received a pass in front and beat Korea Republic goalkeeper Seung-Gyu Kim.

Korea Republic thought they scored the equalizer in the 17th minute when defender Jin-Su Kim corralled the rebound and scored but it was ruled offside.

Young-Gwon Kim evened up the score in the 27th minute when he received the corner kick in the crease and fired it past Portugal goalkeeper Diogo Costa.

Portugal controlled play in the first half, controlling the ball 55 per cent of the half while outshooting Korea Republic 9-5 with six on goal.