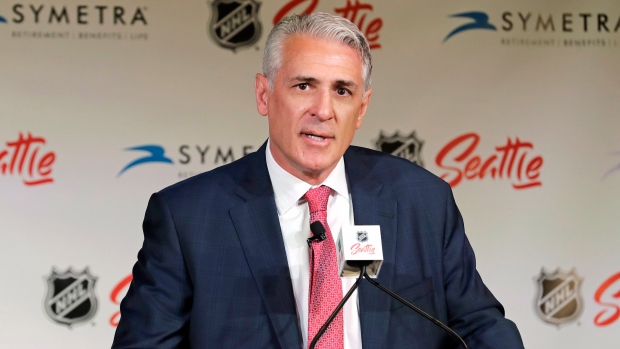 Seattle Kraken general manager Ron Francis believes the new flat salary cap in the NHL will help his team in the expansion draft next year.

While Francis admitted that much remains up in the air about next season and when the Kraken will eventually debut, a number of teams facing cap crunches could benefit Seattle when the draft finally comes.

“But I think there are pros and cons, right? Obviously, the cap being flat should be a benefit to us. But I think you saw a lot of teams doing some maneuvering this summer, whether it was buyouts, moving players for picks and stuff, to help alleviate some of their situations.”

The Seattle expansion draft will follow the same rules the league had for Vegas' draft in 2017. Teams may protect either seven forwards, three defencemen and one goaltender or eight skaters (regardless of position) and one goaltender. Players with no-move contracts must be protected unless the player waives his clause.

Francis told LeBrun that the Kraken have run mock drafts, but it's difficult to say how teams will look in a year's time.

“We did some last year for sure, and I prefaced it by saying, ‘I guarantee you things will be totally different by the time we get to this point next year,'” Francis said. “And certainly that’s the case. But that’s part of the process. You look at things every step of the way, when teams go through the trade deadline, OK now what do things look like? When teams go through free agency, now what do things look like? That’s a key part of the process, trying to assess where teams’ lineups are and what they might do, and who might not be available, and adjust accordingly.”

TSN Senior Hockey Reporter Frank Seravalli took an early look in September at who could be exposed from each of the seven Canadian teams.