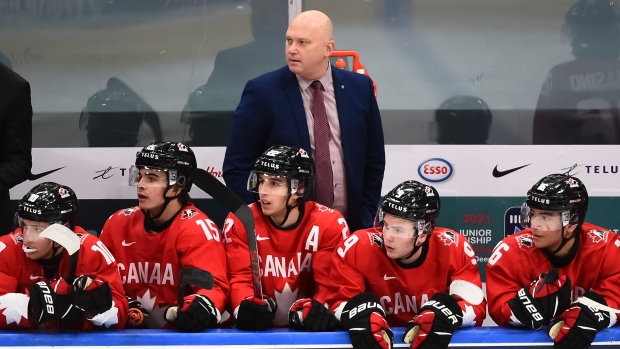 He will take a one-year leave of absence from his current job as the head coach of the Ontario Hockey League's Ottawa 67's, but return to the role once his contract is fulfilled.

"Andre’s knowledge, insight and international experience will be a critical factor in supporting our Olympic preparation in addition to leading Canada’s National Junior Team for the second consecutive year at the IIHF World Junior Championship," Hockey Canada senior vice president Scott Salmond said in a statement. "Andre will also contribute to our work with our NextGen players and coaches through his involvement with our development programs. We are thankful to the Canadian Hockey League and the Ottawa 67’s for their support in releasing Andre to Hockey Canada for next season."

As part of his role, Tourigny will also serve as an assistant coach at the 2021 IIHF World Hockey Championship later this spring in Latvia, as well as one at the 2022 Winter Olympics in Beijing.

"It is an honour and privilege to be trusted to serve as part of the coaching staff for four prestigious events like worlds, World Juniors and Olympics,” Tourigny said in a statement. “I want to thank Hockey Canada for the unbelievable opportunity, and I look forward to implementing plans for a successful season ahead. It is not an easy decision to take  time away from the Ottawa 67’s family and I am extremely grateful to the Ottawa Sports and Entertainment Group ownership as well as the entire hockey operations and front office staff for affording me this privilege."

The reigning Canadian Hockey League Coach of the Year, Tourigny has spent the past four seasons at the helm of the 67's. Prior to that, he spent over a decade in the Quebec Major Junior Hockey League with the Rouyn-Noranda Huskies and Halifax Mooseheads.