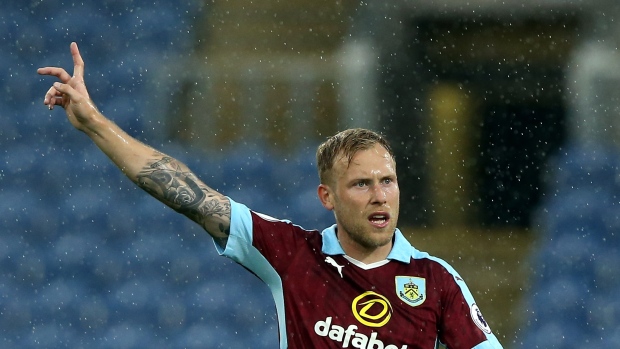 Canadian international Scott Arfield is back in England's Premier League with Burnley FC, with the 2016-17 season set to kick off this Saturday at home against Swansea City. Arfield and the Clarets won the 2015-16 Championship to earn promotion to the Premier League, having previously spent the 2014-15 season in England's top division.

Arfield's 2016-17 season opener is included in TSN's 190-game broadcast package across TSN's five national feeds and the TSN GO app in Canada. You can watch all the action Saturday morning at 10:00am ET/7:00pm PT on TSN GO

Earlier this year, Arfield made his international debut for Canada in front of a sold-out crowd at BC Place in 2018 FIFA World Cup Russia Qualifiers. With 54,798 fans in attendance, the 25 March match featured the largest crowd for a Canadian national team event - of any sport - ever played in Canada.

He played in two more international matches in June, recording an assist in each match and earning Man of the Match honours in the 1:1 draw with Azerbaijan. The June international matches came less than a month after completing the 2015-16 club season in the Championship, with Arfield scoring eight goals and six assists in 46 matches as Burnley secured promotion to the Premier League for the second time in three years.

Following the start to the 2016-17 Premier League season, Arfield hopes to be back in Canada colours for a pair of FIFA World Cup Qualifiers in early September. Canada will face Honduras away on 2 September and El Salvador at home at BC Place on 6 September. From those three nations, only one will advance to the "Hex", CONCACAF's final round on the road to Russia 2018.

"They are two tough opponents (against which) to get results, but I fully believe that with the squad we have that's exactly what we can do," said Arfield. "These are two games that we think we can go and win."