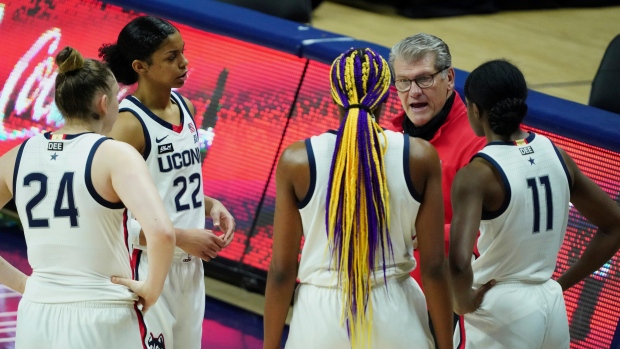 The University of Connecticut announced on Friday that women's basketball head coach Geno Auriemma has been given a five-year contract extension.

Auriemma's extension is retroactive from April 2020, and runs through April 2025, and can be extended for two additional one-year periods by mutual agreement.

Auriemma, who has won 11 championships during his tenure with Connecticut, has been with the program for 36 years.

"Geno Auriemma has meant so much to the University of Connecticut, and to our entire state, for the last 36 years," UConn director of athletics David Benedict said in a media release.  "The program that Geno has built is the gold standard in college athletics and I'm thrilled that he will continue to lead it for the foreseeable future."

Auriemma, 67, was inducted in the Basketball Hall of Fame in 2006 for his accomplishment.

"I would like to thank David Benedict and the University of Connecticut leadership for their continued commitment to me and the women's basketball program," Auriemma said.  "UConn has been great to me for the last 36 years and I look forward to being here for at least a few more years. I think the future for our program, and UConn Athletics, is exciting."