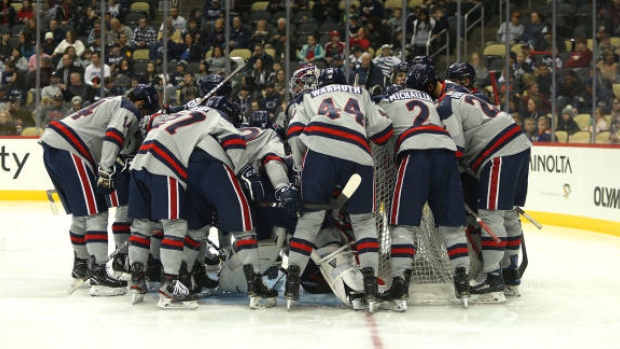 The school made the announcement Wednesday, saying the decision was part of a strategic initiative “intended to position the university to be amongst the most agile and professionally focused schools in the nation as it prepares for its upcoming 100th anniversary.”

The move affects 55 athletes and seven staff members. The school said it will honor the scholarships of those athletes wishing to remain on campus and will assist others who wish to transfer.

Both programs were NCAA Division I members. The men competed in the Atlantic Hockey Conference, while the women were members of College Hockey America.

The cuts drop Robert Morris to 15 Division I sports, which university president Chris Howard said is more in line with similarly sized institutions. The school, located just west of Pittsburgh, has an enrollment of around 4,500.

The Colonials introduced the men's program in 2004, with the women's program starting in 2005. The men made their only NCAA Tournament appearance in 2014. The women reached the tournament in 2017.