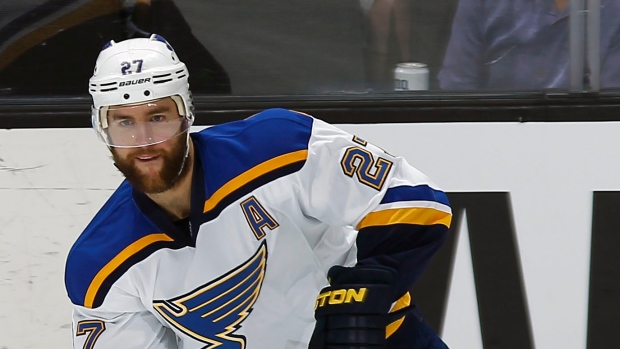 The St. Louis Blues have announced defenceman Alex Pietrangelo as the 21st captain in franchise history.

The 26-year-old has spent his entire eight-year career in St. Louis after the Blues selected him fourth overall in the 2008 NHL Entry Draft.

Pietrangelo, a native of King City, Ont., scored seven goals and added 30 assists over 73 games with the Blues in 2015-16.  He added another 10 points in 20 playoffs games as the Blues made it all the way to the Western Conference Finals before losing to the San Jose Sharks.

American David Backes was the most recent captain in St. Louis (2011-2016) before signing with the Boston Bruins as a free agent this summer.

Pietrangelo was a part of Canada's world junior championship team in 2009 and helped win Olympic gold for Canada at the 2014 Sochi Olympics.

Alexander Steen, Paul Stastny, Vladimir Tarasenko and Kevin Shattenkirk will serve as assistant captains for the Blues during the 2016-17 season.