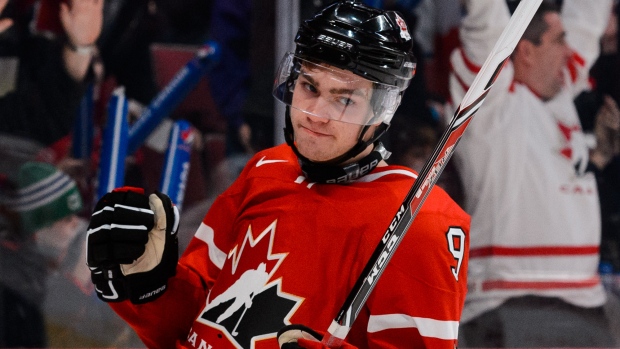 Montreal Canadiens draft pick Noah Juulsen was among four cuts made by Hockey Canada on Sunday as it finalized its world junior hockey championship roster.

Jeremy Lauzon of the Quebec Major Junior Hockey League's Rouyn-Noranda Huskies was the other defenceman cut by Canada.

Jayce Hawryluk of the Western Hockey League's Brandon Wheat Kings and Nick Merkley of the Kelowna Rockets were also released by the team.

"We had a really good evaluation period in Toronto and Imatra, and were able to see how the players responded to different situations — from practices to games," said Scott Salmond, vice-president of hockey operations and national teams for Hockey Canada.

"These are never easy decisions, but we feel confident in the team we have and their ability to make the nation proud and give us all something to get behind this holiday season."

Blackwood will sit out the first two games of the world juniors in Helsinki, Finland after receiving an eight-game suspension in the OHL.

Defenceman Joe Hicketts is among those to make the team. He's one of four returnees from last year's team that won gold at the tournament held in Toronto and Montreal.

Toronto Maple Leafs prospect Mitchell Marner is one of 13 forwards to make the team. Jake Virtanen, who was loaned to Canada from the Vancouver Canucks on Dec. 13, also made the team and is another returnee from last year.

The Canadians open the world juniors on Boxing Day against the United States. They have one more exhibition tune-up on Wednesday against Sweden.