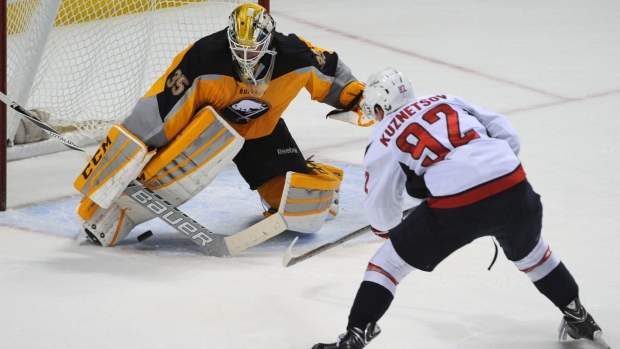 The team announced the deal Monday.

As a rookie, Kuznetsov had 11 goals and 26 assists during the regular season, and then starred in the playoffs, with five goals and two assists. He scored twice in Game 5 against the New York Islanders in the first round, and netted the winning goal in a 2-1 Game 7 victory in that series.

The 23-year-old Kuznetsov was a first-round pick by the Capitals in the 2010 NHL draft.