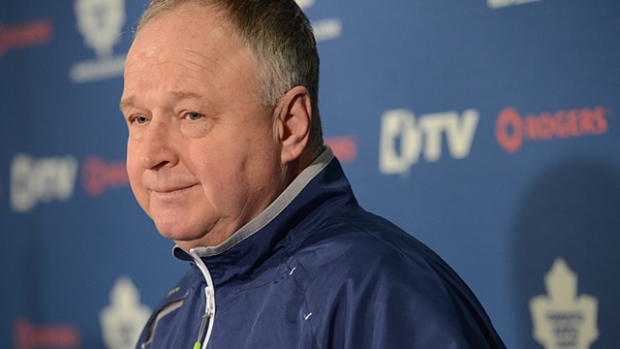 Randy Carlyle is expected to meet with the Anaheim Ducks in regards to their vacant head coaching job, according to TSN Hockey Insider Darren Dreger.

Before Toronto, Carlyle was the bench boss for the Anaheim Ducks from 2005 to 2012, winning a Stanley Cup in 2007.  He was fired by the Ducks in late November 2011 and was replaced by Bruce Boudreau. Boudreau was let go at the end of this season following the Ducks' first round elimination by the Nashville Predators.

Former NHLer, Travis Green, who's currently the coach of the AHL's Utica Comets, is in the running the Ducks' job as well as the Calgary Flames vacant coaching position, according to Dreger.