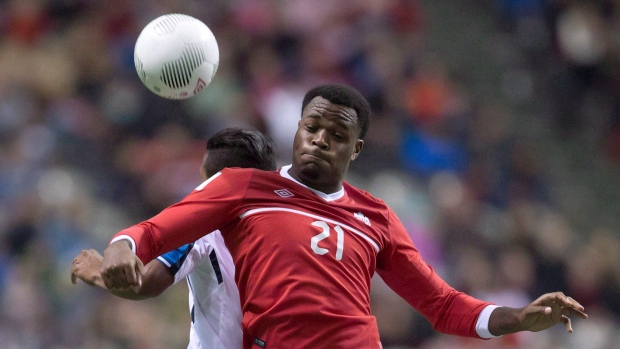 These are extraordinary times for Canadian soccer.

This Friday, the country gets to play host to a major CONCACAF party as the region’s true VIPs, Mexico, come to Vancouver to battle over three World Cup qualifying points.

It will be just 273 days since Canada’s women played England in a crucial World Cup quarterfinal inside BC Place and the home of the Whitecaps will provide a fitting venue for Canada’s men to now experience the thrill of representing their country at home in front of more than 50,000 fans.

Events of such stature shouldn’t be taken for granted in these parts. With no guarantees of parties like this in the future, the Good Friday bash in downtown Vancouver represents another significant milestone in the battle for international men’s soccer to be relevant here.

The Canadian Soccer Association deserves tremendous credit for their part in the build up to this match. Their promotional strategy, the pricing of the tickets and the decision to play in Vancouver have all been intelligent. Canada is no longer an after-thought inside the region and the 2015 Women’s World Cup showed what kind of interest this sport can generate across this great country.

Only eight years ago, these two sides met at the same round. But with Canada effectively already eliminated, more than 40,000 seats sat unoccupied inside a soulless Commonwealth Stadium in Edmonton. Canada and CONCACAF have learned to not make such a mistake again and can now rightfully boast to FIFA that this game will be among the top five in attendance throughout the world during this weekend’s round of World Cup qualifiers.

While interest in the sport has soared since, it still remains to be seen if the overall talent of the Canadian squad is much better. Three points and a spot in the hex – the final round of qualifying for the region ahead of Russia 2018 – remain ambitious goals for a Canada team that still has very limited success in the region over recent years. A win over Honduras to start this campaign has given birth to genuine hope. No wins and no goals at the 2015 Gold Cup now fall into a large memory slot marked ‘the past’ where failures were all too familiar.

Maybe, just maybe, the present and near future won’t go the same way. The jury remains out on that, with the eventual judgment falling on the players and their performance, but before another qualifying ball is kicked in this tournament it is impossible to ignore the positivity and excitement around Canada Soccer’s latest get-together.

Past horror shows that left their most dedicated supporters heartbroken have been suddenly allowed to stay where they belong. Gone, never forgotten, but no longer defining their mood around this team. Players previously uninterested to come to such a party are now on board. With Honduras and El Salvador struggling in the early stages of this group, suddenly there is a true means to an end for Friday’s clash.

Canada goes into the match playing with house money. Mexico are best in the region and arrive knowing everyone expects them to win convincingly. They have players like Javier Hernandez, Andres Guardado, Hector Herrera and Miguel Layun who have been outstanding in the Champions League and Europa League this season. They have players like Giovani dos Santos, Oribe Peralta, Carlos Vela and Guillermo Ochoa who would be stars for Canada but weren’t chosen in their squad for this match.

Friday’s game in Vancouver (like Tuesday’s game in Mexico City, both live on TSN) will likely not determine Canada’s fate inside this group. Instead, it presents Canada with an opportunity.

The team has a chance to create a significant reference point for this generation of players and maybe get a point or three. It’s slim, yes, but it is still an incredible opportunity. The coaching staff has an opportunity to see how some of their players will react against the toughest side in their region. The players have an opportunity to match themselves against the best and showcase themselves on an enormous stage in their own country.

The fans have an opportunity to educate themselves about Canada’s players. Not everyone cheering on Canada in Vancouver will know how good Atiba Hutchinson is. In fact, most casual, Premier League-watching soccer supporters in this country have no idea how good he is. Now they’ll get to see him run Canada’s midfield against the likes of Guardado and Herrera who were instrumental for El Tri at the World Cup.

Hutchinson is a gem that continues to get nowhere near the amount of credit he deserves in his homeland. He is a victim of a country that has punched way below its weight for far too long in the world’s most popular sport. If Canada had four or five more Hutchinson’s he’d be a national hero regularly in the running for the Lou Marsh Trophy and leading his team to a World Cup. Instead, the four-time Canadian male player of the year performs in Turkey where very few people in Canada ever watch him play.

It wasn’t until Jonathan De Guzman, who chose to attend parties in the Netherlands instead of Canada, had a brief stint at Swansea in the Premier League that there was a real public push for him to play for Canada. Hutchinson, meanwhile, is far more relevant here and has never wavered from his dedication to Canada, happy to take a four-hour flight from Istanbul to London, connect and fly nearly 10 more hours to Vancouver. Now, having just turned 33, he deserves respect in Canada with a lucrative offer to play for one of the three MLS clubs here before it is too late. If he were American the league would already have made that happen.

No matter the result on Friday, the Besiktas midfielder will be one of the star attractions. His intelligence and passing range has been on show more under head coach Benito Floro while playing deeper behind fellow midfielders Will Johnson and Julian De Guzman. Canada’s wide players will be important outlets for Hutchinson to find to relieve pressure through possession when Canada has opportunities with the ball.

And there is that word again. Opportunity is a familiar theme around this great event and one that won’t be wasted as long as the men in red don’t significantly underperform. For far too long Canada has struggled to be a meaningful factor in this region but on Friday they welcome the best to one of the biggest men’s soccer nights Canada has ever had. Suddenly everyone is invited and coming over. Enjoy it Vancouver. It should be an epic party.