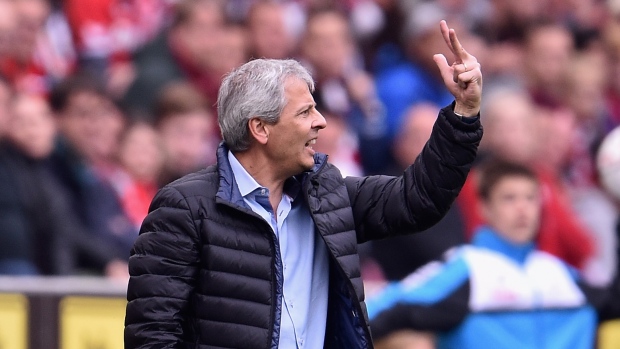 Favre tells news agency dpa in a statement that "I no longer have the feeling that I'm the perfect coach for Borussia Moenchengladbach. I have to be honest with myself and my partners. ... I have to take this decision for Borussia and the future."

'Gladbach is bottom of the Bundesliga with five losses from five games and was beaten 3-0 at Sevilla in its Champions League opener last Tuesday.

The 57-year-old Favre took over at 'Gladbach in February 2011, when he saved the club from relegation. The Swiss oversaw consistent progress in the following years, culminating with the side's third-place finish for direct Champions League qualification last season.