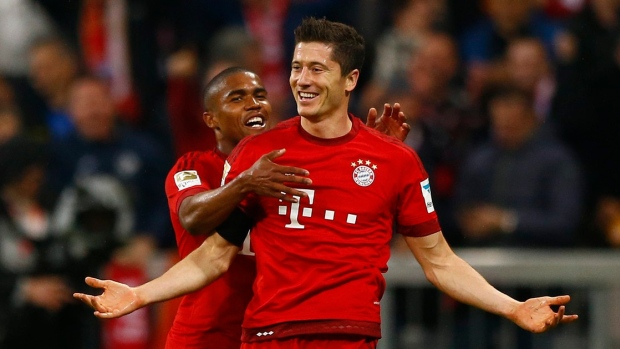 BERLIN - Substitute Robert Lewandowski scored five goals in the space of nine minutes as Bayern Munich came from behind to rout Wolfsburg 5-1 and move top of the Bundesliga on Tuesday.

Daniel Caligiuri fired the visitors ahead in the 27th, leaving Bayern 1-0 down at the break for the third time in six games this season.

But Lewandowski came on for the second half and equalized in the 51st, put Bayern ahead a minute later, and completed his hat trick three minutes after that, when he hit the post, then the goalkeeper and kept going till he scored.

The Poland striker scored again in the 57th and claimed another three minutes after that, when he met Mario Goetze's cross with a scissor kick into the top corner.