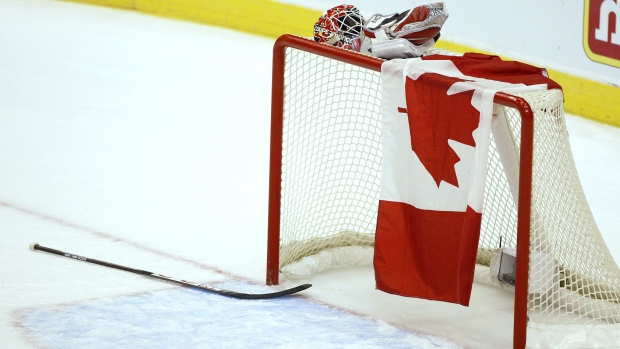 The World Cup of Hockey is shaping up to deliver a million-dollar payday to each of the NHL’s 30 team owners, some of which could come from advertising on team uniforms for the first time.

When the tournament was conceived, NHL and NHL Players’ Association executives believed they might be able to generate $90 million in revenue from a two-week tournament. Now, after selling rich TV rights to ESPN in the U.S. and Rogers Communications in Canada, and thanks to strong interest from corporate sponsors, NHL team owners and NHLPA executives have been advised the September 2016 event may raise as much as $130 million, according to a source who said NHL team executives have been briefed on the profit projections.

Costs are estimated to be about $65 million - including $10 million to $15 million budgeted for player insurance - meaning owners and players, who are jointly staging the event, will split a profit of about $65 million.

That would be a far cry from the $4 million profit the last World Cup of Hockey event generated in 2004.

Organizers say there are several reasons for the huge swing in fortunes: the event is being held in hockey-mad Toronto, where the Air Canada Centre is expected to sell out. By having the event in one city, travel costs have been minimized; corporate sponsors have been anxious to be part of the tournament; and ticket sales are expected to be robust.

The World Cup is also expected to generate money from staging training camps and from pre-tournament exhibition games, which will be announced over the next few weeks.

It's also possible the NHL and NHLPA will decide to add corporate advertising to World Cup team jerseys, which would further add to the tournament's profits. The league and union have asked marketers in recent months to pay $8 million in exchange for ads on jerseys.

Adidas, which will become the NHL’s official jersey supplier in 2017-18, will produce the World Cup team jerseys. Adidas executive Mark King told TSN designs for the jerseys should be finalized by Christmas, and said he hoped NHL and NHLPA organizers might be open to unconventional designs.

The National Football League, King said, for decades were conservative when it came to uniform designs, but has since loosened up and embraced unorthodox designs. King hopes the NHL and NHLPA follow suit.

If the World Cup is successful, it’s possible that the NHL will hold an Olympic-style bake-off, asking cities such as Chicago, Montreal, Berlin and Moscow to bid on hosting a subsequent World Cup tournament.