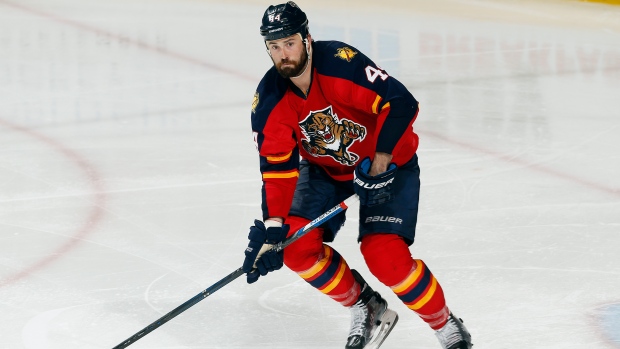 The Florida Panthers have re-signed defenceman Erik Gudbranson to a one-year, $3.5 million deal.

The third overall draft pick of the 2010 NHL Draft, Gudbranson has played five seasons with the Panthers. The Ottawa native has 11 goals and 32 assists in 309 career games.

“We are very pleased to have signed Erik,” Panthers general manager Dale Tallon said in a team release. “He is an important part of our young core who has continued to develop into a reliable, physical presence on our blue line and a strong leader in our locker room.”

“I’m very excited for another year with the Panthers,” Gudbranson said in the release. “We took great strides last season as a team and our group can only improve upon the success we had. It’s a great time for the organization and I look forward to getting back on the ice with the team.”