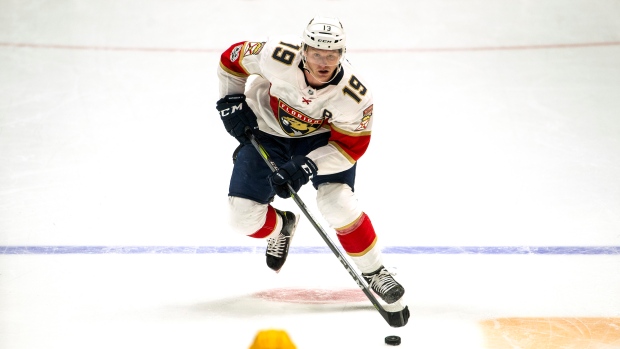 Like Mike? We do too. Here's to eight more years with @mmatheson19!

According to TSN Hockey Insider Bob McKenzie the deal is worth $39 million and will pay Matheson $4.875 million per season.

"Mike is an important part of our team's young core and we are thrilled that he has decided to remain a Panther for the long-term," team president and general manager Dale Tallon said in a press release. "He is a dynamic and intelligent defenseman with impeccable character and work ethic. Mike has developed into a difference maker on our blue line and will be an important player and leader for the Panthers for many years to come."

Matheson is starting his second full season with the Panthers after being drafted by the team 23rd overall in 2012.

The 23-year-old had seven goals and 10 assists in 81 games for Florida last year.