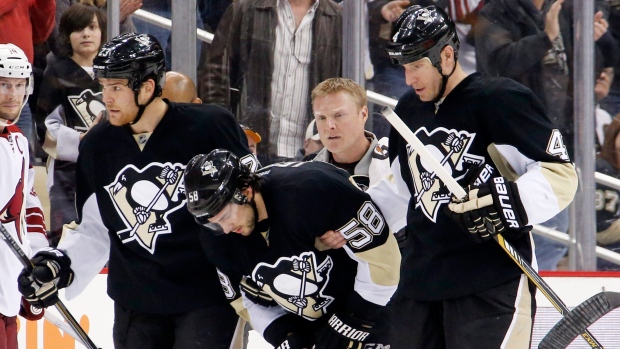 Late in the second period, Coyotes forward Shane Doan shoved Letang, who went into the air and crashed into the boards. After staying on the ice for a couple of minutes, Letang was helped off the ice and taken to a hospital.

"He has a concussion, so that's been determined. He's been released from the hospital," said Johnston. "We'll see how he feels over the next few days and go from there."