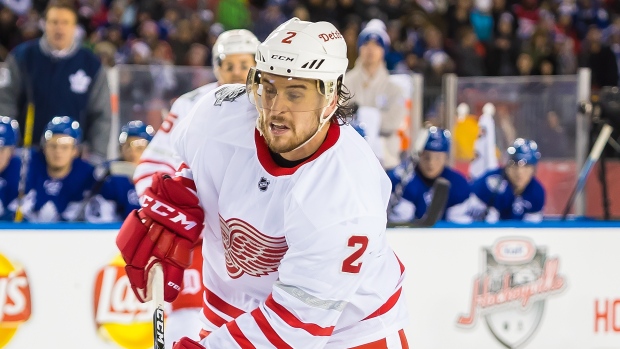 DETROIT — The Detroit Red Wings have traded draft selections for decades, giving up future assets to make a push to get into the playoffs and chase a Stanley Cup. Picking up players for picks helped the franchise win four Cups and play in 25 straight postseasons.

Heading into the NHL trade deadline on Wednesday, the last-place team in the Atlantic Division is in a different position: The Red Wings are selling for a change.

Detroit traded defenceman Brendan Smith to the New York Rangers on Tuesday in exchange for a second-round pick in 2018 and a third-round pick this year.

"I was in negotiations on an extension with his agent," Red Wings general manager Ken Holland said of Smith. "But I told him if I got a deal I couldn't pass up, we would have to go in another direction. And, that's what happened."

Holland may also deal veteran forwards Thomas Vanek, Steve Ott and Drew Miller along with their expiring deals because the franchise will likely miss the playoffs for the first time since 1990.

"With where we are in the standings, I'm looking at the people we can trade and I'm trying to get more picks," Holland said. "The more picks you have, the better your odds are."

The Smith trade gives the Red Wings 10 picks in the draft this year, including three selections in the third round and two in the sixth.

Detroit drafted Smith in the first round in 2007 and the feisty player has 67 career points in 291 games. He had career highs in goals (five) and assists (14) during the 2013-14 season, his first full year in the NHL. Smith had two goals and three assists in 33 games this season with the Red Wings.

The Rangers bolstered their blue line with the trade, hoping to stay competitive in the Metropolitan with division-leading Washington, Pittsburgh and Columbus. Dan Girardi will be out for a couple weeks, coach Alain Vigneault said, because of an open wound on his ankle from blocking a shot. Kevin Klein has been scratched in recent games with back spasms.

Smith will be reunited with former Wisconsin teammates Ryan McDonagh and Derek Stepan in New York.