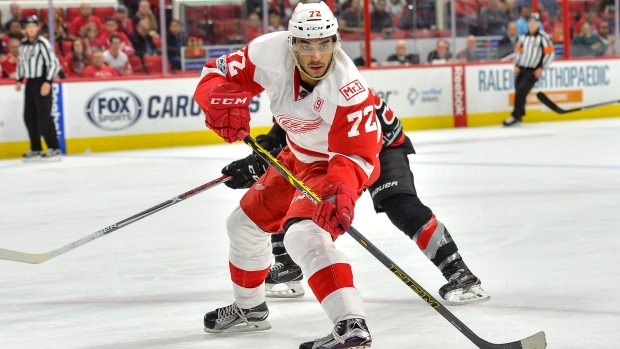 According to CapFriendly, the Detroit Red Wings are exactly at the league's the $75 million maximum with only 22 players on their roster. The team would need to waive or a trade player in order to add Athanasiou, or anyone else, to their 23-man roster.

Athanasiou is currently skating with a Swiss team as he waits out the situation. If he fails to sign by Dec. 1, however, he will be ineligible to play in the NHL this season.

Athanasiou scored 18 goals and added 11 assists in 64 games with the Red Wings last season, less goals than Brown and the same amount of points as Anderson. He debuted during the 2015-16 campaign and scored nine goals and 14 points in 37 games.