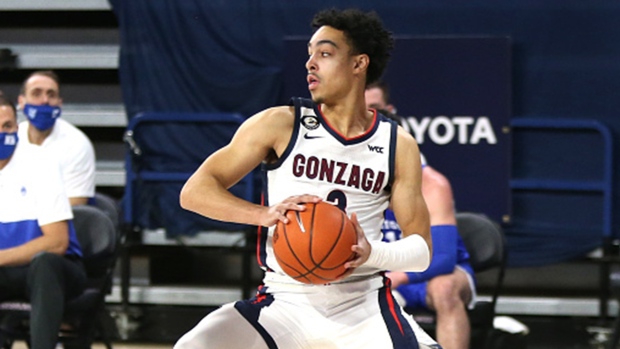 Canadian Andrew Nembhard will return to Gonzaga next season, according to Zagsblog's Adam Zagoria.

Nembhard's reported decision comes amid a plethora of NCAA basketball players declaring for the 2021 NBA Draft, including fellow Canadian Joshua Primo of Alabama.

Nembhard, who transferred to Gonzaga ahead of the 2020-21 season, averaged 9.2 points and 4.4 assists for the Bulldogs, who went 31-1 en route to losing to Baylor in the NCAA championship game.

The native of Aurora, Ont., was named the West Coast Conference's Sixth Man of the Year this past season.

Prior to joining Gonzaga, Nembhard, spent two seasons with Florida.