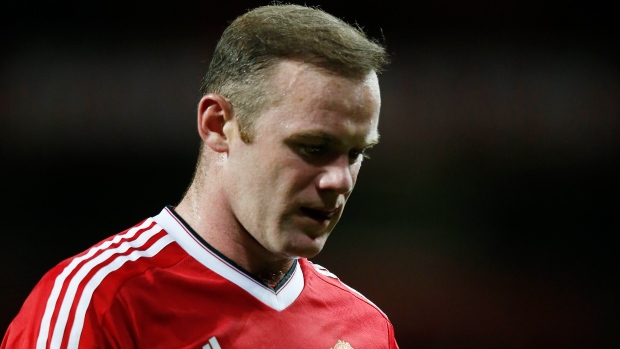 MANCHESTER, England - Wayne Rooney must wait longer to play his 500th game for Manchester United after being sidelined by an ankle injury that likely will force the striker to miss next week's crucial Champions League game at Wolfsburg.

United manager Louis van Gaal says on Friday "it is a nasty injury" and that Rooney "is more injured than I thought."

Rooney will definitely miss the English Premier League game against West Ham on Saturday, and Van Gaal said he thought his captain will also be out of the Wolfsburg game on Tuesday, which United may need to win to reach the knockout stage.

Marcos Rojo is also out after dislocating his left shoulder in training, an injury the Argentina defender also sustained last season when he was sidelined for four weeks.