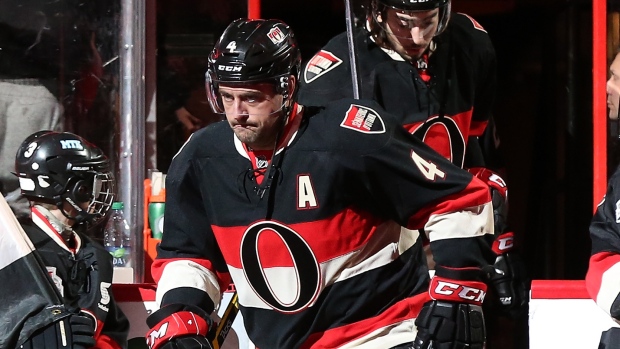 Ottawa Senators defenceman Chris Phillips will unergo back surgery on Tuesday and will miss the remainder of the Stanley Cup Playoffs.

Phillips, 37, appeared in 36 games with the Senators this season, registering three assists.

The Senators currently trail the Montreal Canadiens 3-0 in their best-of-seven opening round playoff series.

At 1,179, Phillips is the Senators' all-time leader in games played. He surpassed long-time captain Daniel Alfredsson for the franchsie record earlier this season.

He has not appeared in a playoff game with the Senators in 2015. However, Phillips is expected to be ready in time for September's training camp.