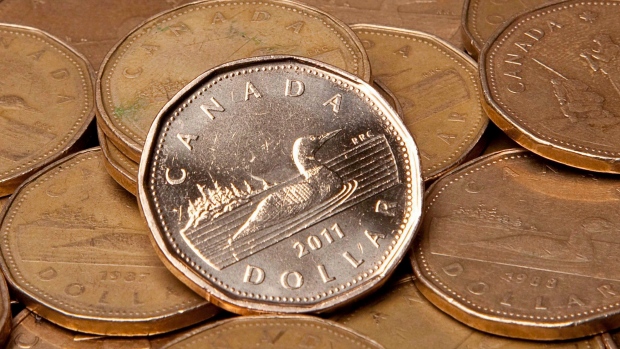 Escrow is already a dirty word for those who earn a living playing in the National Hockey League.

It’s about to get dirtier.

Word is spreading among NHL player agents and team executives that escrow – the amount of money taken off a player’s paycheque and held back in case NHL revenues are lower than expected — will likely be increased within the next few weeks.

Stew Gavin, a former NHL player who now acts as a Toronto-based financial adviser for professional athletes, said he wouldn’t be surprised if escrow is readjusted to 20 per cent from its current 16 per cent.

“Companies in Western Canada are laying off and industries are slowing down. People are not buying,” Gavin said. “There are some tough headwinds. Who knows if companies will keep supporting teams by renting luxury suites and buying tickets? There have been some steep declines in a relatively short time. Blame oil prices. There’s an oversupply and the price of oil hasn’t hit bottom.”

The NHL and NHLPA revisit escrow four times per season as the league readjusts its projected revenue. Escrow money is kept in a fund designed to ensure players get no more than their allotted 50 per cent share of the league's overall revenue.

When the season is over, total revenue is calculated and escrow money is either returned to players or held back by the league.

TSN Senior Correspondent Rick Westhead joins TSN Drive with Dave Naylor and Tim Graham to discuss how the downturn of the Canadian dollar impacts owners and players in sports, why the NBA and MLB won't feel it as bad as the NHL, what this means for the NHL's current expansion process, and the possible sale of the Pittsburgh Penguins.

Last season, in late January, the league announced it was increasing escrow to 16 per cent from 14 per cent. The Canadian dollar had fallen to 81 cents (U.S.) from 94 cents in June 2014, when team salary caps were initially established for the 2014-15 season.

For a player making $5 million this season, 20 per cent escrow would mean $1 million taken off their paycheque, Gavin said. “They might not get anything of that back. That’s a pretty big blow.”

In the fall of 2007, Sidney Crosby’s second season in the NHL, the Canadian dollar was cresting near $1.10. Even so, the 33 per-cent decline in value of the loonie since then shouldn’t come as a surprise, Gavin said.

The former Maple Leafs player said he routinely shows his player clients charts that document the Canadian dollar’s 25-year average at about 75 cents.

Looking forward, it’s impossible to say whether the Canadian dollar will rebound, or continue to slip closer to its record low of 61.76 cents, set on Jan. 18, 2002.

David Doyle, a currency analyst with Macquarie Group Ltd. in Toronto who first predicted in February 2015 that the Canadian dollar would fall below 70 cents, now says he believes the dollar will continue to slide to 59 cents.

"If you believe him, you will short the Canadian dollar," NHL commissioner Gary Bettman told TSN's Gary Lawless on Tuesday. "I don't know if he's right or if he's wrong. Nobody does.

"The Canadian dollar, when I took over, was in the mid-60s," Bettman said. "I don't know how low it's going to go. I have heard economists tell me that it was previously over-valued, now it's a little under-valued and it should hover somewhere around 80 cents. We will see. If I knew exactly what the currency would do, I would make an educated bet and invest that way. But [our] system deals with it."

The kind of tumble Doyle predicts would be especially bad news for the NHL. Investment bankers who specialize in the sports industry say roughly one-third of the NHL’s revenues are generated in Canadian currency.

Canadian team ticket sales account for about 11 per cent of overall league income and the NHL’s new $5.2-billion television deal with Rogers — worth $433 million a year — is another 11 per cent. Then there are Canadian corporate sponsorships, local broadcast contracts and other income, such as licensing deals.

A one-cent swing in the value of the Canadian dollar can affect overall NHL revenue, or HRR, by $12 million, a source said. Back in 2011, when the Canadian dollar was on par with the U.S. dollar, things looked so bright for the NHL that one researcher at the University of Toronto published a report claiming Canada could support 12 NHL teams.

Now there are worries that the slumping dollar will scuttle hopes of bringing an expansion NHL team to Quebec City, which has been without a team since 1995 when the Nordiques left for Denver.

“I don’t see Quebec happening,” said an investment banker who helps clients buy and sell NHL teams. “I think Gary Bettman will still find a way to add an expansion team in Las Vegas, because the league wants to save face and selling an expansion team for $500 million helps set a price floor of at least that much for all your other teams. But the Canadian dollar in the 60s (cent range) makes Quebec City very difficult, if not impossible.”

But the sliding loonie spells trouble for more than expansion advocates.

The salary cap, $71.4 million this season and projected at the NHL board of governors meeting in December to rise as much as $3 million for next season, has climbed steadily every non-lockout year since it was introduced for the 2005-06 season. Teams depend on that rise when they sign players to long-term contracts with escalating payouts.

The Los Angeles Kings, for instance, have already committed more than $51 million to 11 players for the 2017-18 season, according to the website hockeyscap.com.

If the Canadian dollar settles at about 70 cents this coming summer and the NHL forecasts a 5 per cent revenue increase, the salary cap midpoint for the 2015-16 season would stay relatively unchanged, the investment banker said.

“It’s back-of-the-envelope math, but you might see the midpoint go to $62.5 million or so,” the banker said. That would mean a salary cap ceiling of $71.8 million.

But if the Canadian dollar falls back to 65 cents, that could mean a decline in the salary cap to about $70.4 million, the banker said, again cautioning that the figures were estimates.

A less-valuable Canadian dollar would also make more expensive construction projects such as a new arena in Calgary, since many building materials would need to be imported.

NHL executives have often suggested speculation over swings in the Canadian dollar is overstated.

“The league is obviously healthier when the dollars are closer to par,” NHL deputy commissioner Bill Daly said in November 2014. “But I think the business success of the league and the clubs over the last several years stands on its own.”