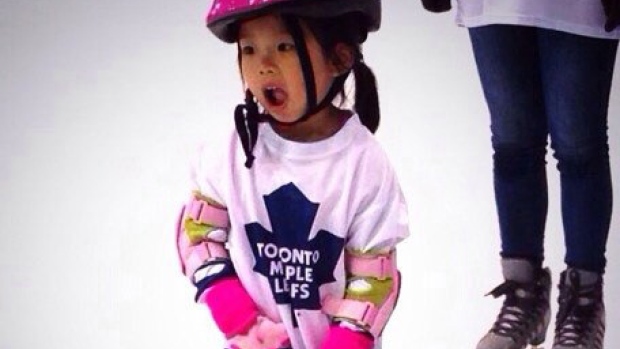 Canada's largest sports company wants the Maple Leafs to become China's favourite hockey team, in much the same way Manchester United is the most popular soccer team in the world's most populous country.

At the same time as Chinese government officials have asked the NHL to stage a regular-season game in China as early as next season, TSN has learned four executives with Maple Leaf Sports & Entertainment are scheduled to leave Friday for Beijing for meetings to help grow hockey in China, an untapped frontier for many sports leagues around the world.

(The NHL and NHLPA announced forward Carter Ashton was suspended for 20 games on Thursday after testing positive for a performance-enhancing drug. Ashton said he borrowed another athlete's asthma inhaler.)

MLSE executives, the 27-year-old Hu in particular, have quietly laid the groundwork for building the company's profile in China over the past three years.

Because basketball is so popular in China, MLSE staff first established relationships with companies interested in sponsorship agreements with the Raptors. The basketball team now has sponsorships with Chinese auto tire maker Aeolus Tires and Asus, a laptop maker. MLSE has also partnered with I.T. company Huawei on music-industry projects. It's believed that MLSE garners more than $300,000 from each of those sponsorships.

Company officials declined to say how much sponsorship revenue they make from China-based companies.

As MLSE's relationships in China matured, the company landed meetings with the Chinese government - meetings where MLSE received an attractive offer. China is competing with Kazakhstan to host the 2022 Winter Olympics. China wants to have hockey teams that are competitive. But with a men's national team that's ranked No. 38 — behind New Zealand, Belgium and Iceland — China needs help getting to that point.

"China wasn't a sports nation before the Beijing Olympics in 2008, but it is now," Hopkinson said in an interview. "The president of the country attended the Team Canada men's hockey games in Sochi and said he fell in love with hockey. What's important to the president of China is important to China."

Chinese officials said in exchange for helping to develop grass-roots hockey programs in China, the government would help MLSE promote the Maple Leafs' brand there.

It doesn't hurt that the Leafs are based in Canada. Tensions might appear if a U.S.-based team tried to do what the Leafs hope to do.

"The Chinese have told us they really appreciate what we are doing, boots on the ground, helping them to develop a hockey competency," said Hopkinson, who has made four previous trips to China.

In March, the Leafs converted all of their rink boards to Chinese to "welcome Chinese viewers." In August, the team sent staff to Beijing and Shanghai to stage hockey camps for young amateur players. In coming weeks, the Leafs will aid in the production of a 10-part "Hockey 101" series to be included in NHL broadcasts on CCTV in China to educate viewers.

"We aren't the only team in China," Hu said. "The Canucks and Islanders are there, too, but we really have a plan to become the biggest hockey brand there. We want to keep holding camps for kids, building grass roots interest, and eventually take our Maple Leafs players there. This is the Manchester United model."

The world's most famous soccer club says it has 108 million fans in China, where it has played almost a dozen times since 1975.

Hu said because the NHL prevents teams from promoting themselves outside their local territories, MLSE has been targeting Chinese companies such as Air China and the Bank of China that want to expand their business in Canada.

"There are a lot of Chinese mining companies that have investments in Canada, although we just signed an agreement with a Colombian mining company," Hu said.

Hu confirmed Chinese officials have told the NHL they are interested in hosting an NHL game as soon as next season.

As any seasoned marketer knows, the payoff for a team to break through in China is huge.

In its recent filing for an initial public offering, Alibaba reported just 45.8 per cent of China's population uses the Internet, far lower than Canada or the U.S. In 2000, four per cent of urban households in China were considered middle class; by 2012, more than two-thirds of those homes had gained that status, earning between $9,000 and $16,000. In 2022, China's middle class may eclipse 630 million consumers.

There already are signs that China, a non-traditional hockey market to be sure, is open to a new sport.

For starters, it's an expensive sport, Hu said, thanks to 30 per cent import duties for hockey equipment shipped from the west and expensive ice time. There are politics to consider. In 2005, the newspaper Beijing Today accused western soccer teams of "gold-digging," using their tours of China solely to build their brand and commercial presence.

Manchester United closed a pair of theme restaurants after fans didn't see a connection between soccer fandom and eating out, The New York Times reported in 2007.

Also, it's unclear whether the NHL sees a big upside in China. The league does not have a senior vice president in change of expanding its international business, a position common in other pro sports leagues.

Moreover, the NBA has a long head start in China, where it began to lay a toehold during the 1990s.

It's doubtful that the NHL would ever grow business through the sale of team jerseys. While authentic jerseys now sell for $330 in Canada, counterfeiting has flourished in China, bringing down the price of knock-off jerseys to $5 or $10 in some cases.