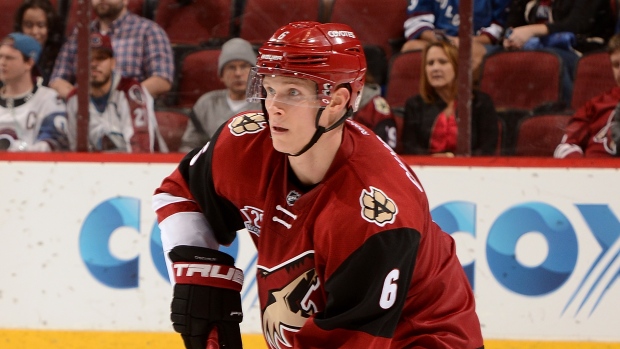 It appears that Jakob Chychrun has earned a spot on the Arizona Coyotes beyond the nine-game mark of the NHL season.

According to Craig Morgan of Arizona Sports 98.7FM in Phoenix, the defenceman is going to be kept on the Arizona blue line going forward rather than be returned to the OHL's Sarnia Sting.

Chychrun, 18, was drafted in the first round, 16th overall, by the Coyotes in June. He was the fifth defenceman taken at the draft, and the only blueliner taken in the first round to be kept on an NHL roster past the 10th game of the season.

Chychrun has skated in three games for the Coyotes and has tallied one goal and two assists.