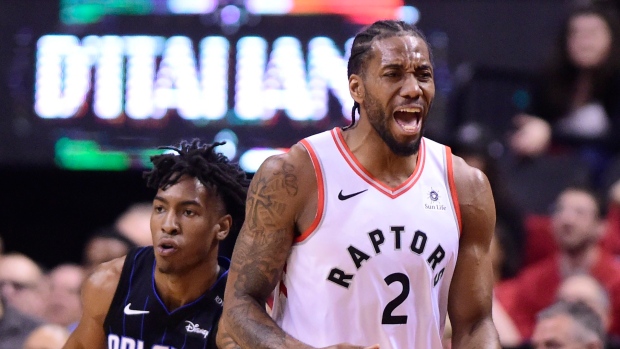 Kawhi Leonard and the Los Angeles Clippers have a meeting tentatively scheduled for July 2, according to The Athletic's Frank Isola.

Kawhi and the Clippers meeting tentatively scheduled for July 2nd is what I’m hearing. LA has a home court advantage but Toronto can get him another title next year.

Leonard is allowed to begin negotiating a new deal on June 30 assuming he declines his $21.3 million player option and become an unrestricted free agent, as it's widely believed he will.

The news of a meeting with L.A. comes on the heels of a report from Yahoo's Chris Haynes that said the two-time NBA Finals MVP is "seriously considering re-signing with the Raptors."

ESPN's Adrian Wojnarowski reported last week that Leonard will likely also take meetings with the New York Knicks, Philadelphia 76ers and Brooklyn Nets, though the Raptors and Clippers are "at the front of the line."

Leonard, who will turn 28 later this week, averaged 26.6 points per game on 49.6 per cent shooting in his first season north of the border.

He is a veteran of eight NBA seasons.