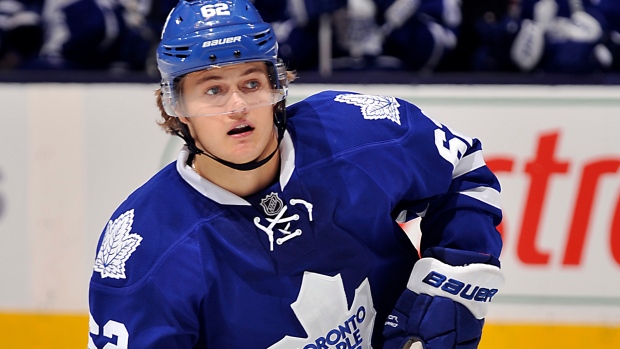 William Nylander scored on his first shift at the World Junior Championship, serving notice that the tournament would be his platform to shine among his peers. Unfortunately, his tournament ended less than 15 minutes later after he took an illegal hit from a Swiss opponent. What could have been will never be known.

In just over a year since joining the Toronto Marlies and playing in the AHL as teenager, Nylander has produced 29 goals and 72 points in 67 games played. Toronto Maple Leafs’ head coach Mike Babcock recently said, “I’m dying for somebody to score.” Death, taxes and Nylander producing points are certainties, so while the Leafs continue along a path of patient development, Babcock can take comfort in knowing that scoring prowess is in the system.

Nylander has all the essential skills to contribute offensively at the NHL level, but his imagination, creativity and tremendous poise separates him and puts him in an elite class of talent. That mix of skills puts him on top of TSN Hockey’s Top 50 NHL-affiliated prospects list.

Max Domi has been a terrific rookie for the Arizona Coyotes after earning the No. 1 spot on the list last year. Two Coyotes prospects come in at spots two and three this year. Dylan Strome and Christian Dvorak are excellent centres who can play any situation in the game. It’s a tenet of successful team building that strength down the middle is mandatory. The prospect cupboard for the Coyotes is well stocked with five players in the top 50, including the dynamic and dangerous Conor Garland of the Moncton Wildcats (22) who was the MVP in the QMJHL last season and is the runaway scoring leader this season.

Fourth on the list is defenceman Ivan Provorov of the Brandon Wheat Kings. The Philadelphia Flyers prospect is an outstanding player and his time in the NHL doesn’t look to be far off. In fifth is Winnipeg Jets’ prospect Kyle Connor, who is tied for the scoring lead in the NCAA with the Michigan Wolverines as a freshman. Connor could accomplish what Jack Eichel did last year, winning the Hobey Baker Award for best college player as a freshman.

While there is only eight prospects in the top 50 who belong to Canadian organizations, three of the top six and six of the top 20 are property of Canadian clubs. With players such as Jared McCann, Jake Virtanen, Sam Bennett, Connor McDavid and Nikolaj Ehlers all playing as teenagers in the NHL, there is no lack of young and promising talent amongst the Canadian teams.